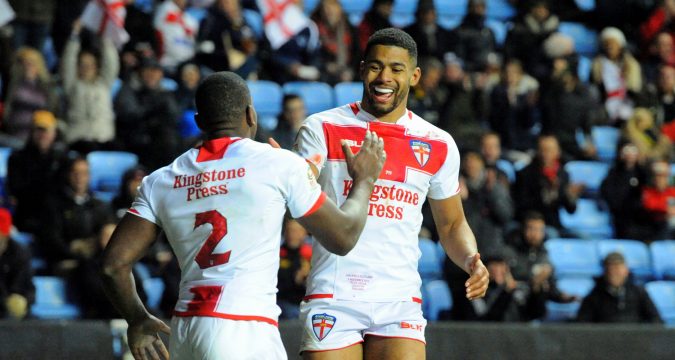 Watkins and Leeds team-mate Ryan Hall were among the players left out for last Sunday’s win over France – but they both return this weekend as England aim to reach the semi-finals of the World Cup against a PNG side who are unbeaten so far.

And Watkins believes it was worthwhile taking a break to see some of Wayne Bennett’s fringe players try and nail down a place in the side this week – though only Kevin Brown has done so.

“Even though I don’t like not playing, it was very important for the guys that have worked hard for the past couple of weeks to get a game in and to try and state their claim for a place,” he said.

“All the boys work so hard and they’re here on merit, so they deserved an opportunity.”

Watkins also revealed how he and Hall both insisted they wanted to play in England’s warm-up game against the Central Affiliated States – despite the team’s hierarchy wanting them to take a rest.

He was, however, grateful for the rest last week after a long, arduous season at club level with Leeds.

“They didn’t want us to play in the warm-up game but we wanted to get some minutes in and get ourselves prepared for the tournament,” Watkins said. “I’m refreshed now after resting last week and just looking forward to Sunday’s game.”

And Watkins is aware of the size of the challenge PNG will provide – as he squares off against former Rhinos team-mates Paul Aiton and James Segeyaro. “They’re two quality players,” he said. “They’ve got a number of players in there that can cause us a lot of problems. Garry Lo especially has been fantastic.

“It’s been a great story for them, they’ve been fantastic and we know it’s going to be a tough challenge on Sunday.”