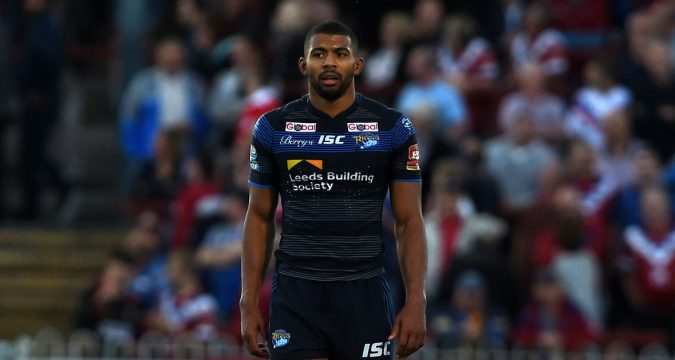 Kallum Watkins has been named as the new captain of Leeds Rhinos.

Watkins, the 26-year-old England international, has taken the captaincy from Danny McGuire, who left the club at the end of last season to join Hull Kingston Rovers.

He has beaten off competition from the likes of Stevie Ward, Jamie Jones-Buchanan and Carl Ablett for the armband and will now follow in the footsteps of several Leeds legends, including McGuire and Kevin Sinfield.

Since making his debut for the club as a 16-year-old in 2008, Watkins has made 224 appearances for the Rhinos and played for England 25 times.

During his time at Leeds, he has won six Grand Finals, two Challenge Cups and the World Club Challenge.

“It is a massive honour for me and a real privilege for me to be captain of this team and for this great club,” he said.

“I am truly honoured having been here for ten years. I have learned from the best and I have gained a lot of experience from the big games I have been involved in. Having played alongside people who lead from the front like Kevin Sinfield, Jamie Peacock, Danny McGuire, Jamie Jones-Buchanan and Rob Burrow to name just a few, I have learned and developed as a man and a player.”

Head coach Brian McDermott added: “The captaincy of this great club is a big task. When you look across our group, whilst there are those who have leadership qualities, Kallum is a fantastic candidate who has stood up to be counted over the last eighteen months and was an obvious choice for 2018.

“The Leeds captaincy is not an issue many Leeds coaches have had to deal with down the years because of the long and outstanding leadership that Kevin Sinfield provided us with. His record speaks for itself but I would also pay tribute to the job Danny McGuire did in the last two years.

“Kallum has emerged under those two inspirational leaders and he showed his best with things were at their hardest. That is why I had no hesitation in making him our captain for 2018 and I know he will lead our team with distinction.”