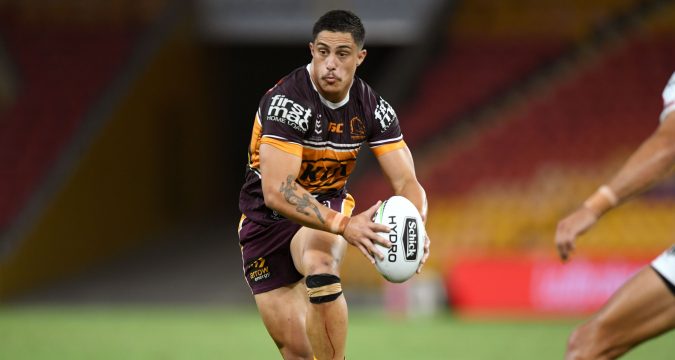 Kotoni Staggs bagged a brace for Brisbane  to seal a deserved, but hard fought, 22-18 win over South Sydney Rabbitohs at an empty Suncorp.

Brisbane, who lost new recruit Brodie Croft in the first-half, had a flying start, with tries supplied by Staggs and Anthony Milford, alongside a penalty goal from Jamayne Isaako.

However, the visitors finished the half on-top, thanks to efforts from Campbell Graham and Cody Walker, with two kicks added by Adam Reynolds.

Rabbitohs did claw one back near full-time through Alex Johnston, but Brisbane held firm thereafter, ensuring they continued their 100% start.

A full match report from this fixture can be seen in Monday’s League Express.