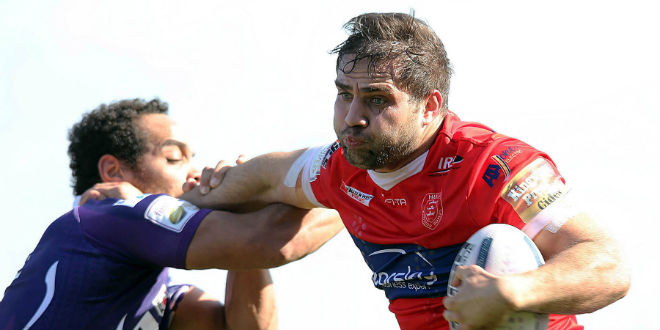 Hull Kingston Rovers coach James Webster has thrown his support behind both Maurice Blair and Matty Marsh after it was confirmed that captain Terry Campese is set for another extended spell on the sidelines.

Campese will miss between 6-8 weeks with injury after breaking down shortly after making his comeback from a serious knee injury.

Both Blair and Marsh have played in the halves for the Robins this year as the club continue to roll on without Campese, but the KR coach says that he’s happy with both – describing Blair as arguably their best player so far this year.

“You couldn’t find a better player for us this year than Maurice, he’s been outstanding,” said Webster. “I think we’ve found a good role for him. All our best things this year have come through Maurice.”

“I haven’t got a problem at all playing him there. And Matty Marsh is getting better every game. This country writes off half-backs way too early.”