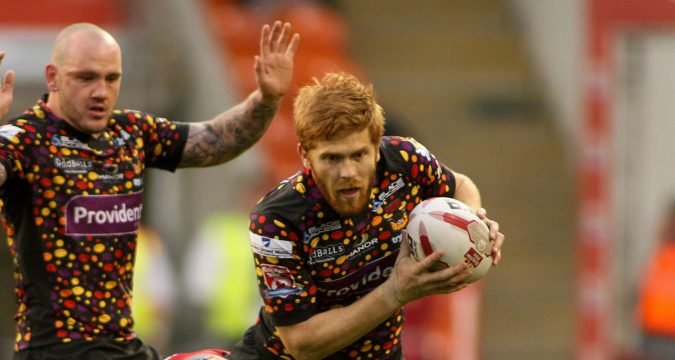 Kris Welham has become the fourth Bradford player to move on after joining Salford Red Devils.

The centre, who scored 29 tries in 30 appearances for the Bulls, has joined Ian Watson’s side on a two-year contract.

His arrival ends Salford’s long search for a centre, becoming the first back to join the club ahead of the 2017 season. The Red Devils had previously lost Josh Griffin to Hull FC, while the departures of Mason Caton-Brown and Daniel Vidot had left the Red Devils short of bodies in the backs.

Welham has spent the majority of his career in Super League with Rovers before being released at the end of the 2015 season.

Watson said: “The unfortunate situation with Bradford means we have been able to benefit with a quality addition to an area where we were short. Kris has proven over the years he is a super league player with great ability. Everyone you speak to says he is a great guy with a good mentality so will fit well with what are creating here at Salford.”

Red Devils C.E.O added: “Kris is the next piece in what I think is a very exciting Salford Red Devils team for 2017. We’re edging closer and closer to the first game of the season I can’t wait to finally see the boys back in action. Pre-season training has been superb, and I’m sure with his fantastic attitude Kris will slot into the squad well.