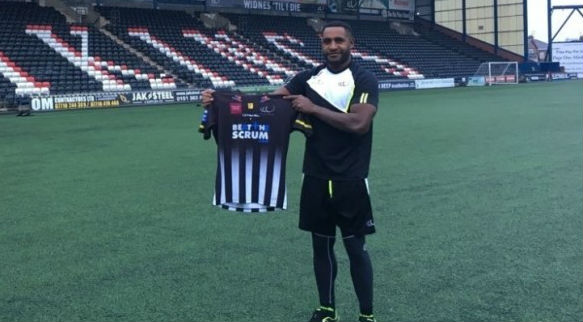 The PNG star claims the Vikings have surpassed all NRL clubs in becoming the most well-supported side in his nation as an unlikely relationship between club and nation continues to blossom.

Albert was left rocked by the death of “close mate” Kato Ottio, who he was set to travel over to Widnes with before his sad passing.

However, Widnes have rallied around both Albert and the PNG community as a whole. The club raised thousands for Ottio’s family and signed Wellington’s brother, Stanton, to ensure he had a support base around him upon his arrival.

The Vikings’ efforts haven’t gone unnoticed on his homeland, and he has backed the club to organise a tour to further enhance the bond between the two communities.

“Back home, they have stopped supporting the NRL teams, they are all going for Widnes. They all keep asking me when the Widnes merchandise is coming to PNG, they all want to buy it. People are going crazy back home for the team.

“We have the Hunters back home and we could play them. It would be costly but we could have a friendly match against them in our pre-season break and give something to our fans back in PNG. It would be brilliant if we could do that.”

Keep your eye out for an extensive interview with Wellington Albert in the next week.