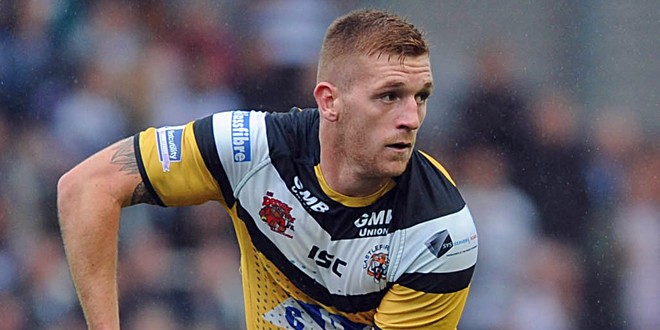 Castleford Tigers halfback Marc Sneyd has said that his painful Wembley experience can be used as a motivational tool for the rest of his career.

Sneyd endured a torrid afternoon for the Tigers in the Challenge Cup final, being hauled off by coach Daryl Powell after just 26 minutes of their defeat to Leeds, before returning midway through the second-half.

And the Hull FC-bound halfback admits it was a tough day for him on a personal level, but he says the “reality check” of being taken off could serve as a positive for him.

“Being pulled off has been the best thing for my game,” Sneyd told League Express.

“It wasn’t the nicest of feelings, and that could make me a better player in the hope that something like that won’t happen ever again.

“It could be a bit of a reality check for me, but Daryl is really good at keeping people grounded. I wasn’t getting ahead of myself – but that feeling I experienced personally was horrible, so I’ll be doing my best to avoid it happening again.

“It was a really tough day and I wasn’t impressed with my own performance. It just seemed like things weren’t going right from the start. Given how I was in a pretty pivotal position Daryl made the decision and you can’t fault him. He’s got a job to do and it was his call to make. I couldn’t fault the call.

“I wasn’t playing well, which was fairly clear to see, but it’s just something that happens. You’ve got to let it go and crack on with the rest of the season – it’s pointless thinking about it too much.”

Sneyd will depart for pastures new at the end of this year, heading to Hull after a notable season with the Tigers..

“To come to Castleford was the best decision I’ve ever made,” said Sneyd.

“When the idea was suggested to me I wasn’t too sure at first, but then I met Daryl and had a coffee with him. Fifteen minutes later I knew I wanted to be here and he convinced me this was where I needed to be. And I’ve loved every minute of it.”

For more on this story, click the League Express icon below.