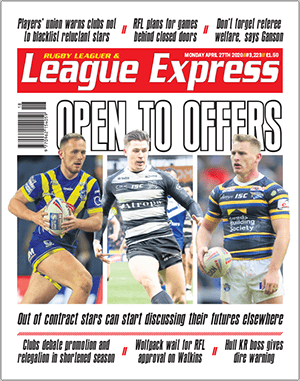 Another week, another edition of League Express is done and dusted.

There’s lots going on. We’ve got it covered.

You can read selected highlights from League Express, right here, from 8.30 pm on a Sunday night. For more info head here: https://www.totalrl.com/about-total-rugby-league-premium/

You can also get the full digital edition at www.totalrl.com/le from approx 9.30pm on Sunday or get a print copy in stores from Monday.