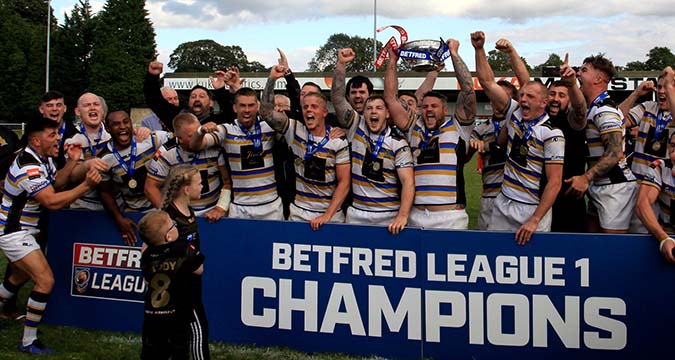 Whitehaven is one of the pillars of Cumbrian rugby league, a town proud of its roots and proud of its locals. Many of the club’s greats have been born and bred in the town – Arnold Walker, Bill Holliday and John Tembey to name just three.

But it is also a club that has been blessed with great overseas talent. The great Dave Watson has donned the Haven jersey and more recently, Aaron Lester etched his name into club folklore.

Few would have predicted an overseas spending spree from Haven ahead of their latest crack at the Championship, but it’s a change of approach that coach Gary Charlton is confident will reap rewards.

“We have brought in what we hope will prove to be some quality signings,” he said. “I have done a lot of research and we’ve had some good recommendations. They are here training with us now and they look the part.

“The proof will be in the pudding but they look very impressive.”

The new players’ policy may have caught many off guard and some may question the appeal of Whitehaven over warmer climes, but Charlton insists they are here for the right reasons.

“These lads are not here for money,” he insisted. “They want to progress in Rugby League and they see this as an opportunity, especially with a World Cup coming up. They are hoping to put themselves in the shop window.

“Lachlan Walmsley has a Scottish passport and Ryan King is hoping for selection with Italy. It’s an opportunity for them.

“We have asked a lot of questions. We have a good relationship with agents; Stan Martin, who is ex-Whitehaven put us onto Ryan King but they are really good at identifying players and have a big network.

“Obviously we do our own research. We have made a few phone calls and you’d be surprised how well they are known.”

All six players will live together throughout the year and Charlton hopes that their bond will pay dividends. The goal for Haven is to compete. On their return to the Championship last year they did that, in large parts, but ultimately started the campaign winless. An ultimately that will not be good enough this year.

“The objective is to stay up,” said Charlton. We stuck with a lot of lads last year who brought us up; a lot of local players; but we did ultimately fall a bit short. We played five or six and were competitive in four or five; Toulouse were the only team who really put us to the sword.

But with the lads we’ve brought in now I would love to think we are competitive. It’s important that we should be. We are expecting big things here at Whitehaven.”