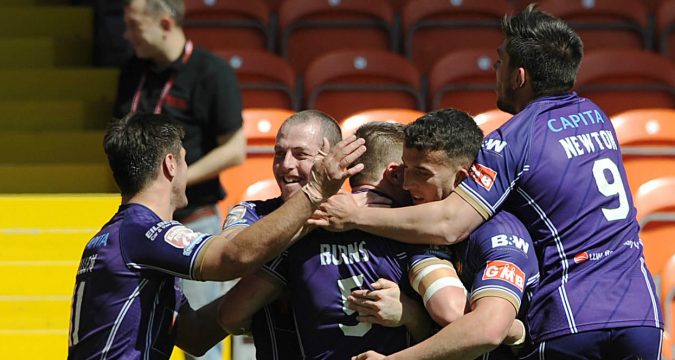 Whitehaven youngster Jake Bradley could become the youngest player in the club’s entire history on Sunday if he features against Hemel Stags.

Haven coach Carl Forster told TotalRL that the 16-year-old, who has been playing with leading Cumbrian amateur side Hensingham, has signed trial forms with the League 1 side this week and is likely to play.

He is in their squad to play Hemel at the Recreation Ground on Sunday afternoon – and Forster believes he will be Haven’s youngest-ever player.

“Jake has signed his forms, and he’s going to play this week,” Forster revealed.

“He’s come in from Hensingham, having trained with us throughout all of pre-season, and he’s gone well.

“I think he’s probably the youngest player to play for Haven, given that he’s just 16. It’s great for the amateur scene in Cumbria that someone so young can force his way into our first-team.”