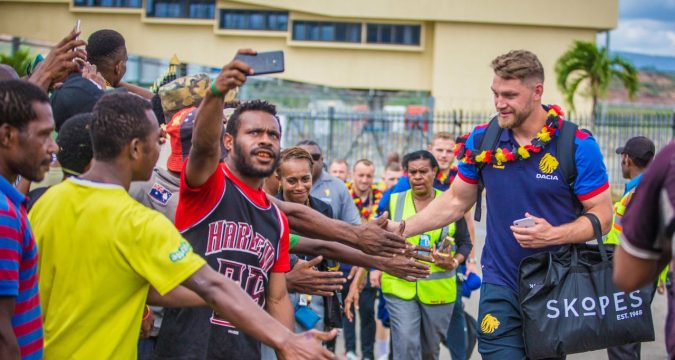 Elliott Whitehead says Great Britain have multiple reasons to put on a good showing in their final tour match against Papua New Guinea.

The Canberra ace was among those give a heroes reception by the locals ahead of their match against the Kumuls on Saturday.

After a disappointing three-match losing streak, Whitehead pointed out the obvious motivator heading into the match. However, he believes the Lions need to put on a strong showing for the home crowd, too.

“We have been disappointing and have probably let ourselves down,” he said.

“We’ve got one more game to play and hopefully we can get that win. We’ve got a lot to fix up but I’m sure we’re capable of doing that.

“It’s their national game here and we want to put in a good performance for them. Just them coming to the airport to show their support buzzed us up a bit and we’ve got some energy going into this week now.”