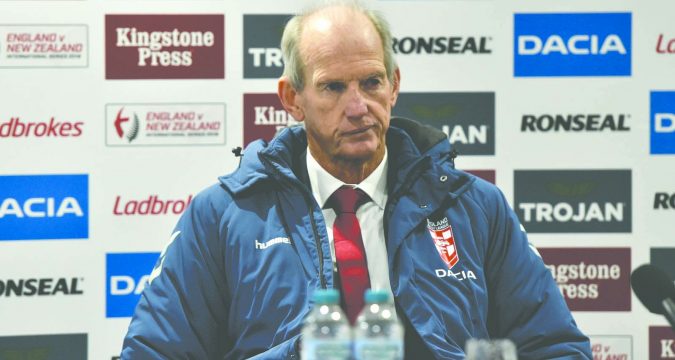 Bennett, the Australian super coach, has come in for plenty of criticism this tour, with frustrations spreading from squad selection to style of play and more.

His contract with the RFL expires at the end of the year and as of yet, there has been no confirmation over his future.

He has said he would like to continue, with the next World Cup just two years away.

Bennett guided England to the final in the 2017 World Cup, with the general consensus at the time being it was in everyone’s best interest that he continues.

However, that support seems to have soured during this tour.

So who should take control of England in next year’s Ashes series, and subsequent World Cup?

A number of names have been suggested, including the likes of Shaun Wane. The former Wigan head coach is without a rugby league gig at the minute and would surely be keen to take the job.

Elsewhere, Castleford head coach Daryl Powell was asked about a role in the coaching set up years ago but apparently turned it down. Would now be the time to take the role?

A man currently in the setup is Ian Watson, the Salford head coach who is acting as Bennett’s assistant.

Then there is former England coach Steve McNamara, whose last involvement at international level was guiding England to a Test series victory over New Zealand.
Is it time for a change, or should England keep faith in Bennett? Have your say in the poll below.