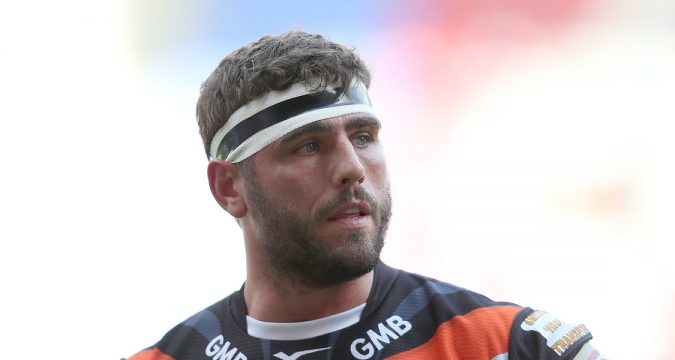 Widnes Vikings have confirmed the capture of prop Lee Jewitt – while confirming four players have all left the club.

The 33-year-old joins the club having been at Barrow this year, which came following a three-year spell with Hull KR.

Jewitt had previously played for Salford and Castleford.

He joins Matt Cook in Tim Sheens’ pack after he signed for the club earlier this week.

However, the club has announce the Chapelhow twins, Ted and Jay, as well as Pat Moran and Sam Wilde, have all departed to take up full-time contracts.

“It was an easy decision really. I know quite a few of the lads who are already at the club and I know Tim [Sheens] quite well from playing under him at Hull KR,” Jewitt said.

“I know some of the ex-Widnes players too and all I have ever heard is good things about the club, so as far as the club goes and the supporters it makes it a pretty easy decision.

“Tim is a great coach to work with. He’s probably one of the best coaches I have had throughout my career. He knows how to look after his boys and get the best out of them at the same time.

“He’s a very clever coach and the amount of games that he has coached speaks volumes; he’s a legend within his own right and is someone I really enjoyed working with. As soon as I spoke to Tim it was a case of ‘yeah, I want to play under you again’.”