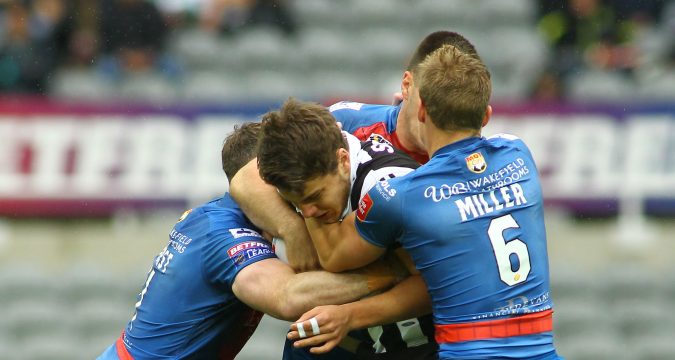 Widnes Vikings have confirmed the signing of Warrington back-row Sam Wilde on a two-year deal.

The 21-year-old is the club’s first official signing of 2018 after initially spending a month-long loan with the club in May.

Wilde, who is currently on loan at London, has been ruled out for the rest of the season with a knee injury.

The back-rower was highly regarded at Warrington, making 21 appearances since his debut in 2015, however he found himself behind Ben Currie and Jack Hughes in the pecking order at the Halliwell Jones Stadium.

Sam Wilde says: “I’m thrilled to have joined Widnes Vikings. I really enjoyed my month-long loan earlier this season, so I am excited to now make this permanent move. It’s a great set-up at Widnes Vikings and I felt like I improved during my time at the Club, so signing was an easy decision to make.

“It’s pleasing the coaching team have appreciated me as person and player, and have sought to bring me back on a permanent basis. I’m looking forward to wearing the Widnes Vikings shirt and getting out in front of the supporters again next season.”

Denis Betts says: “I am very pleased with this signing. Sam really impressed when he came here on loan. He’s young but he also has good experience too, including playing in a Grand Final. He can add a lot of competition to our forward pack, especially at back row. I’m excited by his addition to our squad.”