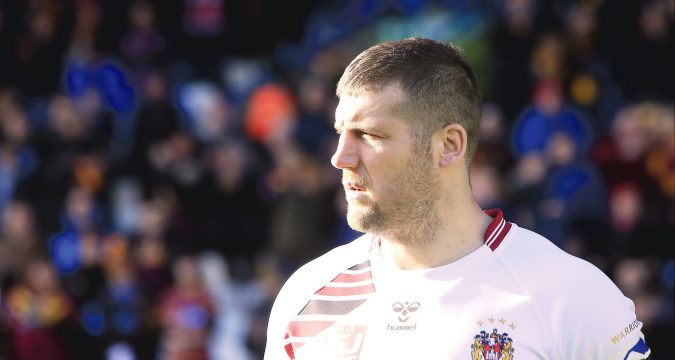 The club has fined Clubb two weeks’ wages in additional to the RFL-imposed penalty, but it has lifted its suspension of him from training with his team-mates.

The statement is set out below.

“Following the outcome of the RFL Tribunal regarding Tony Clubb on 4th May 2021, the Wigan Club has also completed its internal investigation into the incident.

“Wigan Warriors is committed to standing firm against all types of discrimination and abuse and prides itself on Rugby League’s core values of inclusion and respect amongst the participants. The Club accepts and agrees with the verdict of His Honour Judge Guy Kearl QC in the tribunal that “the words used by Tony Clubb were ethnically offensive”.

“The Club also accepts Judge Kearl’s findings that “Tony Clubb is not a racist, but on this occasion, he used unacceptable language in the heat of the moment”.

“During the RFL investigation, character references were provided by other players and coaches at Wigan, including head coach, Adrian Lam, and club captain, Thomas Leuluai, providing full support to the Judge’s findings that Tony Clubb is not a racist. The Club also recognises that Tony has expressed remorse for the comments he made and understands that they are unacceptable.

“Nevertheless, the Club finds unequivocally that the language used by Tony on this occasion is unacceptable and that abuse with reference to a person’s ethnicity has no place on a rugby pitch or in society. As a result, the Club’s disciplinary process has found that a further sanction to that issued by the Tribunal is appropriate and warranted.

“The Wigan Club confirm, therefore, that Tony will be fined a further two weeks wages which will be put towards a dedicated education and diversity training programme through the Club’s Education and Community departments specifically targeted against abuse based on ethnicity.

“The Club carefully considered these sanctions in light of the severity of the offence, and we believe that furthering education and improving the understanding of race, ethnicity, what constitutes unacceptable language and why it is unacceptable is ultimately how this form of abuse will be eradicated from society.

“We welcome wider discussions about societal issues within the game in a protective and constructive forum.

“Following the outcome of this disciplinary process, it is confirmed that Tony Clubb’s suspension has been lifted and he will return to training with the first team whilst serving his 8-match ban from playing.”