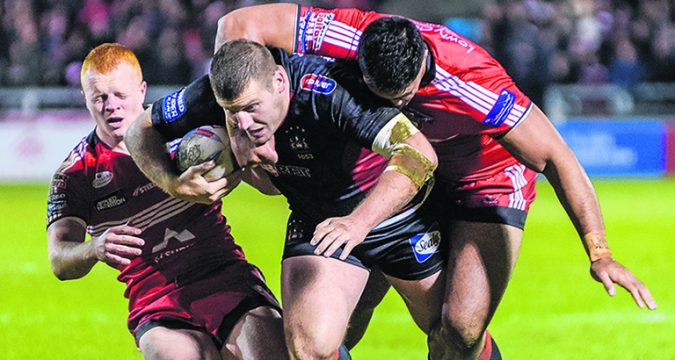 The Warriors’ attack impressed again in greasy conditions against a Hull side that suffered several injuries during the game.

Two Liam Marshall tries gave the Warriors a 10-0 lead but the Black and Whites hit back through Fetuli Talanoa and Jordan Abdull.