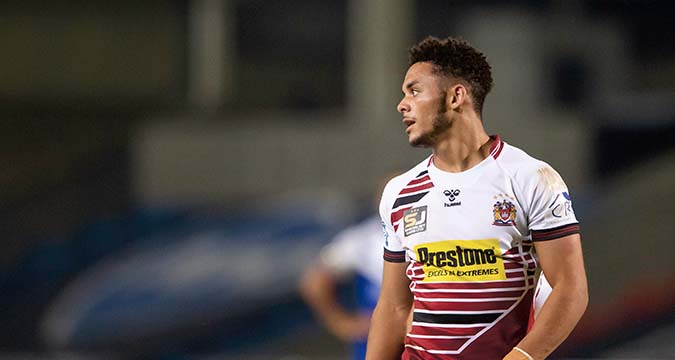 Wigan Warriors returned to training at their Robin Park complex on Friday after the club was given permission to resume pre-season training after a Covid outbreak.

The complex had been shut down for ten days following an outbreak of the virus within the first-team playing group.

“We are getting the lads back in as normal now,” confirmed Wigan Head of Youth Darrell Goulding.

“They are all coming in at different stages and I suppose this is one of the many strange occurrences we’ve now become used to.”

And Goulding is hoping that some of the club’s younger players will be able to secure more game time in 2021 than they were able to last season, when many of them hardly played any games at all if they weren’t called up to the first team.

“We will have to adapt to what’s in front of us. We have a big group of young players and we’ll be looking at loan opportunities. This season there will be no dual-registration opportunities, but we support the proposal for loan periods of two weeks. Without that, if you can only give them a month’s loan, it’s difficult to plan when you can’t bring them back in the short term.

“But there may be some longer term loan deals in prospect, like Amir Bourouh going to Halifax, which will be great experience for him.

“Then we have some players like Umyla Hanley (pictured) who are lucky in that they can still play Academy. The Academy players will be back on 8th March for training, and potentially there will be games for them from early May.

“The big thing for us is to get some of these young lads back in training and into our environment.

“For some young players the mental aspect of it is as important as the physical.

“You talk to the kids and try to keep them motivated, but some struggle through this period while others are extremely motivated.

“We have kept tabs on them and put out Zoom education in different areas. But until we get them back in we don’t know where we are up to.

“And this affects players lower down the age-range. For example, we would normally have a new age-group coming into our Scholarship, but we’ve not seen them play, so we have to do things differently.”

But Goulding is confident that Wigan will maintain its throughput of young stars gradually making their way into the first team and he cites last season’s 42-0 defeat by St Helens in September, when Wigan gave Super League debuts to six of their young players.

“It might seem odd to say it when you look at the scoreline, I felt as almost as proud as I’ve ever felt, watching the effort and ability of those players who played for Wigan that night. You couldn’t fault them.

“We believe in promoting young players at Wigan and it’s one thing that makes my job very satisfying.”