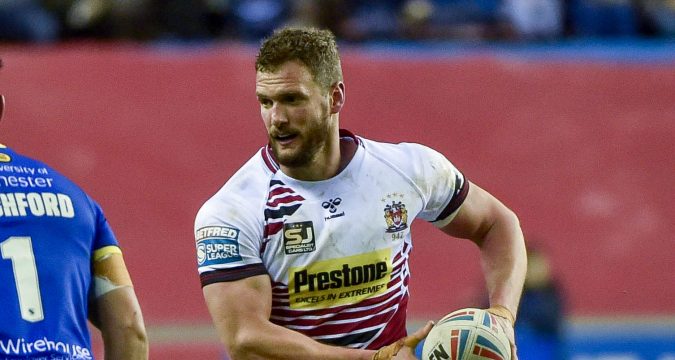 Wigan skipper Sean O’Loughlin accepts that playing behind closed doors would be strange, but he says it will be a price worth paying to get Super League under way once again.
Germany’s top football league resumed under such circumstances on Saturday, while the NRL have announced the first two sets of fixtures without fans, starting on Thursday, May 28.
And long-serving international star O’Loughlin reckons watching a mixed martial arts event on television gave him a useful insight into what the empty-ground experience might be like.
“I can imagine it will be a really strange atmosphere,” the 37-year-old on Betfred’s The Last Tackle podcast.
“I caught the UFC highlights and there was no atmosphere. You could hear the fighters talking to each other and to the referee. It had a really strange feel about it.
“To get in front of crowds is a long way off and there has to be some sort of bridging gap in between, so it’s going to be a necessity to do that.
“But from a players’ point of view, it will be a sacrifice we’re willing to make just to get back playing again.”
The England and Great Britain forward, who is in his 19th season at his only club, says he’ll be happy to play if the correct protocols are in place.
“I don’t want to say every player will have the same mentality, but as long as the procedures are in there, I’m okay,” he added.
“And it’s not just players but everyone involved on a matchday. They’ll all want to know there are proper protocols, it’s safety first.”
With ten points from seven games, Wigan topped the table on points difference from Castleford when the lockdown came.
And the Warriors are due to host Warrington in the sixth round of the Challenge Cup.