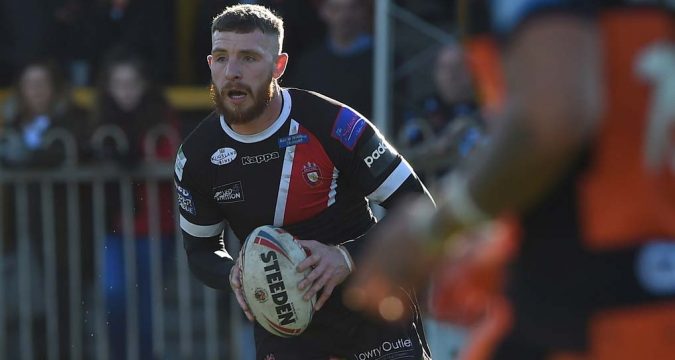 Wigan Warriors are quietly confident of winning the race for Jackson Hastings.

The Salford halfback is in the midst of deciding his future ahead of the 2020 campaign, with Leeds and the Red Devils also vying for his signature.

But League Express claims the Warriors are positive they will be able to lure Hastings to the club at the second time of asking, having initially missed out on the talented playmaker last year.

Hastings stayed loyal to the Red Devils last term, with a contributing factor being their willingness to offer him a one-year contract, while Wigan were keen for him to sign for three.

While Wigan are still determined to sign Hastings on a deal beyond 2020, it’s believed they are willing to add an NRL-clause into his deal that would pave a way for him to return Down Under should the opportunity arise.

Leeds, meanwhile, aren’t thought to be as keen on the idea, which has pushed Wigan into a stronger position to land him.

Salford are content with continuing their current agreement with their star player in order to extend his stay at the AJ Bell Stadium.

The 23-year-old has yet to come to a final decision on his future, but there’s a growing belief within the DW Stadium that he will be wearing the famous cherry and white next season, even though Salford remain hopeful they will be able to retain him.

With George Williams set to join Canberra next season, the Warriors are in need of a halfback to replace their outgoing marquee star, with Hastings the club’s top target.
Tommy Leuluai’s future is also uncertain, though recent developments suggest he will extend his playing career into 2020.