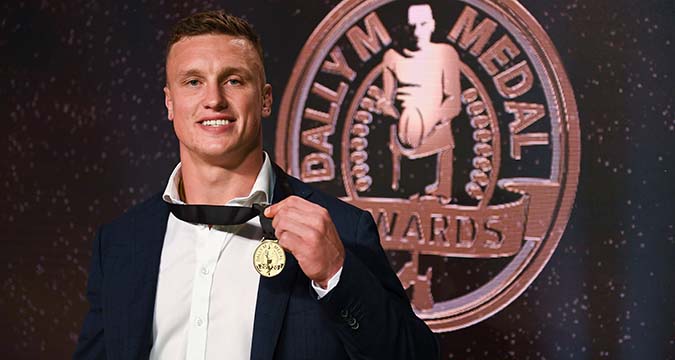 Canberra Raiders stand off Jack Wighton has won the Dally M Medal becoming only the third ever player to win the award in a Canberra shirt.

Wighton, who beat the likes of Cameron Smith and Nathan Cleary as well as Clint Gutherson to the title, joins Ricky Stuart and Laurie Daley as winners of the award for the Raiders.

“I’m absolutely shocked, the players I was sitting there with and it could have been anyone, so to receive this medal tonight in front of so many good players, I’m blown away,” Wighton said.

“It was a rocky year and we had some key players go down with injury. We didn’t finish the way we wanted of finish but I’m still proud of all the boys’ efforts.

“I really can’t believe it, it just feels amazing. As a kid I would never have thought I would be talking about something like this.

“I’m so thankful. This is right up there and definitely something I’ll never forget.”

Other winners at the ceremony were: