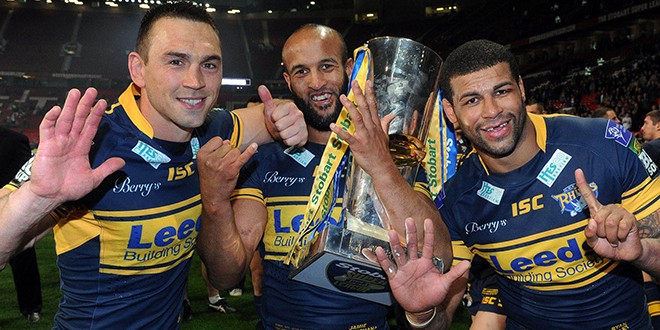 League Express, Britain’s best-selling weekly Rugby League newspaper, has announced it is to release its first ever digital-only edition on Thursday April 24.

The issue is designed to give Rugby League fans access to all the reports, stats and analysis from the Easter week Super League games without having to wait until Monday for the print edition to come out. It will also feature Challenge Cup previews and a new columnist.

What’s more, we’ve teamed up with the RFL to offer one lucky reader of the digital edition a pair of tickets to the following four events:

Yes, you read that right, one reader will get a pair of tickets to every major event on the Rugby League calendar.

All you have to do to get a copy of the issue is download our free app on your smartphone or tablet, or visit PocketMags and download the issue straight to your desktop. Details on how to enter will only be disclosed in the digital issue that comes out on Thursday so you must read it to be in with a chance.

For anyone without digital access, summaries of all the reports will appear in the next print issue, which will come out as normal on Monday April 28. Please note, our print schedule remains unchanged, so anyone with a subscription will be unaffected.

League Express editor Martyn Sadler said: “We’ve been producing League Express digitally for a long time now and subscribers to the service have nothing but praise for it. It’s available several hours before the print version is released and has interactive capability.

“It will be the first time we’ve released a solely digital issue and we are very excited to see the results. There will be some surprises in there as well as all your old favourites, so make sure you don’t miss out.”