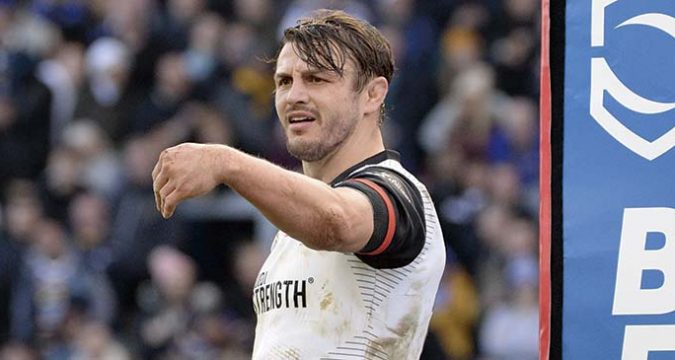 Toronto Wolfpack are facing a loss in excess of £10 million as a result of the Coronavirus outbreak.

A loss in attendance money, commercial revenue and without the option to furlough UK-based staff has left the Wolfpack facing a staggering financial hit far worse than any other side in the Northern Hemisphere is predicting.

Toronto, the only side in Super League not to receive central funding due to their agreement with the competition, are now weighing up the implications of such a seismic loss, as well as an array of logistical nightmares to overcome when the season does return.

With Toronto feeling the full force of COVID-19, the city is in complete lockdown. Non-Canadians are not allowed to enter Toronto for an indefinite period. On Wednesday, major airlines, including the club’s travel partner Air Transat, announced there would be no flights until the end of June, while all public events are also cancelled until June 30th.

The Wolfpack, who have already postponed their first three home fixtures of the season, currently have another three scheduled games at their Lamport home during that cut-off, leaving them unable to host those games in Canada should the Super League season resume by then.

“Like any major markets or sizeable cities, Toronto is taking the brunt of the main case count,” club CEO Bob Hunter explained to League Express.

“Southern Ontario is taking a major portion of the death count. The measures seem to get tighter each day that passes.

“From a governance standpoint, they’re trying to manage the hospital system, which is controlled locally, or the federal government are stepping up and literally putting more and more money on the table.

“The government has reacted, but it’s going to get worse before it gets better. We’re similar to the UK in that we’re fortunate we have a sophisticated healthcare system and the response has been good and we’re probably not at capacity yet, but we’re getting close. That’s an overview of what the country is facing.”

The challenges facing the Wolfpack are hard-hitting too. They anticipate they will lose £2 million alone in lost gate revenue. But perhaps the most difficult challenge they face comes in the shape of their UK-based staff, who can’t be furloughed as they are registered to a Canadian-based company. It leaves them facing the challenge of paying a full wage bill while losing out on millions of pounds worth of expected income.

“Other Super League clubs are topping up their reductions with the £2,500 a month, but we can’t,” Hunter said.

“We have these government programmes that literally have just come out that are just going to reimburse 75%. But the players don’t pay tax over here, it’s based on the number of days they are here, the players do just one return a year. Effectively, they pay the taxes in the UK or Australia, so we fall between a rock and a hard place.

“As far as the British clubs are concerned, they’re maintaining their TV distributions until July. We don’t get access to those, so we’re completely out on our own. Even Catalans have the distribution, so we’re unique.

“And our strongest income stream is therefore our gate receipts, but we have no games for the foreseeable future.

“It appears they will relax it for professional sports, but until it gets over the curve or settles down, it’s hard to imagine we would be able to sell a ticket anyway. Four of the five major sporting leagues are controlled out of the US and they’re headed in the wrong direction, so we just don’t see any potential relaxing any time soon.”

“It’s going to be certainly more than seven figures, without a doubt.

“We’ve run a few models optimistically, but the one we have not yet run is playing no games this year.

“We have two challenges. One is what Martin (Vickers) and I debated, that whatever happens, the two countries won’t announce relaxed travel restrictions at the same time, which influence the airlines and flight schedules, and whether players can travel. If Canada goes first, the guys still can’t get out of the UK. If the UK goes first, we still can’t get the guys to Toronto.”

Another potential impact on the Wolfpack is that of relegation. Six games in, they are bottom and winless. However, they held hope that their fortunes would change once they landed on home soil.

The prospect of that happening at all this year is diminishing, yet alone playing all eleven scheduled games in their home city.

However, there are growing calls for relegation to be scrapped for the year, to eliminate another financial burden on clubs.

“Simply from a competitive standpoint, wherever we play that isn’t at home, even a neutral site game, we think is to our disadvantage,” said Hunter.

“Obviously we are very focused on trying to improve on that record. We don’t want to go back down and I repeat earlier comments, I’m not sure it would be fair for Super League to be considering relegation. It’s an RFL decision and I understand the teams in the Championship wanting promotion, but these are very challenging times.

“It’s fair to say there are a number of other clubs who share the view that because of the uncertainty of what it will bring, we should make an exception to not relegate. We’re not on our own there and that’s purely based on what clubs are seeing as very difficult times.”

In the immediate future, Hunter and the rest of Toronto’s key men are looking to find a fair agreement with their staff regarding salaries.

“I would suggest that’s the most urgent thing,” Hunter admitted.

However, Hunter reiterated that owner David Argyle remains financially committed to the club, despite its ongoing financial demands.

“David’s passion for the game has been clearly demonstrated,” Hunter said.

“I think through Martin and I, we made it clear what that picture looks like. He’s a very smart guy, he’s aware of what it means. He’s fully confident of the dark picture ahead of us and he’s indicated that he will be there to support it through the challenges we face.”

The one plus point for Toronto is that they will receive part of the government funding should the RFL’s application for help be received.

“We’ve been part of that bid because we are a part of the British game and fully inclusive of that part of the bid. We recognise the governing body’s leadership but also the game’s inclusivity.”