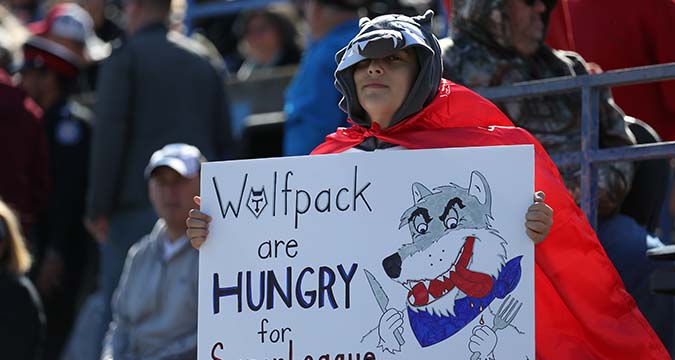 Two weeks ago Toronto Wolfpack learned their fate. The club was denied entry back into Super League for the 2021 season following an 8-4 vote by Super League clubs, the RFL, and Super League itself.

Rugby League fans on social media have been split on the outcome of the vote. Wolfpack fans have been left frustrated, and disappointed, over what’s happened over the past weeks and months.

“Part of me was expecting it,” said Nicholas Mew, a long-time Wolfpack fan.

“All the lead up to it was that it would be a close vote. If it was to be successful, we were barely going to scrape in, so I was prepared.”

Despite the presumption by many that clubs were going to vote out of self-interest, and deny the Wolfpack re-entry, most fans kept hoping that their club would get the votes needed to stay in the top flight.

“People were telling me ‘at the end of the day, people in Rugby League do the right thing’,” said Sandy Shipley, a Canadian expat living in England and another long-time fan of the club.

“I held onto that because these people have known the sport longer than me.

“When I saw the tweet that it was a no, I broke down, because I knew it was the wrong reason and I was warned about the self-interest. I was getting messages from fans who were breaking down in tears because part of their world disappeared. We are a new fanbase, but it doesn’t take away our passion.”

It’s that passion that saw the Wolfpack break the Championship attendance record last season, and a new generation of passionate Rugby League fans pop up, both young and old.

Among the new fans is Shipley’s seven-year-old son.

“From the time he met Ashton [Sims] when he walked him out when he was a mascot, he’s embraced the Wolfpack and wants to be a rugby player because of Ashton,” she said.

“There’s a generation of kids who very quickly fell in love with Rugby League. Kids need role models to carry on. But if that role model isn’t there, how are you going to carry it on? It’s not the same.”

The matchday experience at Lamport Stadium has been described as second-to-none by most people who went to a game in Toronto. The access fans had to players after games is something rarely seen in professional sports, but gave fans a personal connection with those they cheered for.

“Meeting the players after the game, being able to shake their hands and have a drink, that was probably the best,” said Mew.