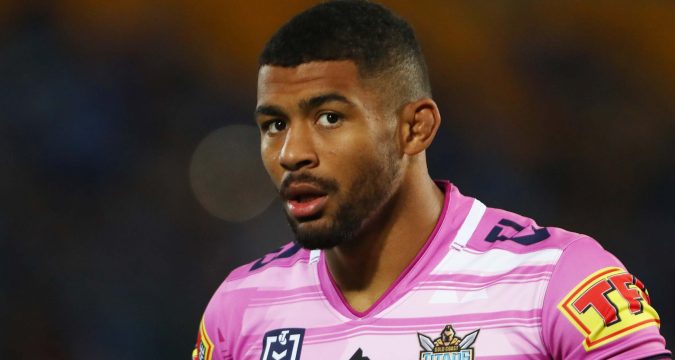 Toronto Wolfpack have yet to receive RFL approval for the signing of Kallum Watkins.
The Wolfpack have lodged a registration application for the former Leeds Rhinos captain after agreeing terms with the 29-year-old.
However, there remains a question mark about the feasibility of the deal, with some questioning whether the Wolfpack are salary-cap compliant.
Each club is allowed a salary cap value of £2.1 million. The Wolfpack have made no secret of the fact they have been close to that throughout the season.
The recent pay reductions have seen the club’s wage bill drop considerably. All employees are taking a 25% reduction on the first £40,000 they earn, with a 50% reduction on anything earned beyond that.
However, that does not have any impact on the club’s salary cap value, as the cap is based on a player’s value, not their actual salary.
As a result, it has left a question mark over Toronto’s ability to get Watkins on their cap, despite the fact he has agreed to take a salary this year in line with the club’s wage reductions imposed.
The RFL is set to make a decision this week.
“We have seen the application and it will be dealt with in the usual manner this week,” an RFL spokesperson said.