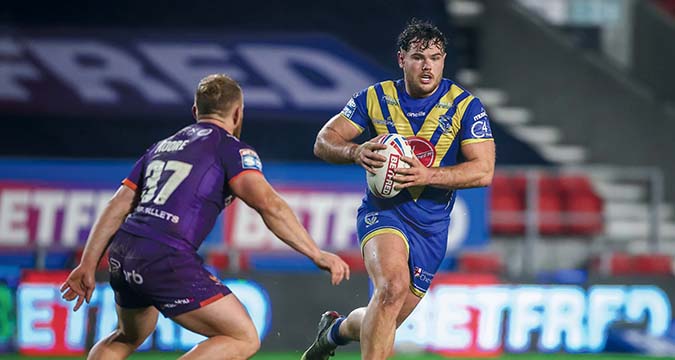 Joe Philbin hopes small details will make a big difference as Shaun Wane attempts to bring World Cup success to the country for the first time since 1972.

The England coach kicked off his build-up to the Autumn tournament by meeting his players face to face for the first time since his appointment in February of last year.

Last Tuesday’s get together in Leeds will be followed by another squad meeting in May, then England face the Combined Nations All Stars in a key warm-up international on Friday, June 25.

“It was a really good day, and I enjoyed finding out about Shaun’s coaching philosophies first hand after a lot of Zoom meetings,” said Philbin, who made two appearances on the 2019 Lions tour after twice playing for England Knights on their 2018 tour of PNG.

“He’s really big on what people might think of as small things, but at international level, they can make a huge difference.

“He gets his message across really well. It’s priceless information and it’s up us to listen and deliver and stay in the squad.

“Shaun is very patriotic and passionate and that rubs off on everyone.

“He demands excellence. Every player has to do every single thing possible every day to hit the standard required. It’s about repetition of doing the right things.

“I’m certainly inspired to do everything possible to be the best version of myself.”