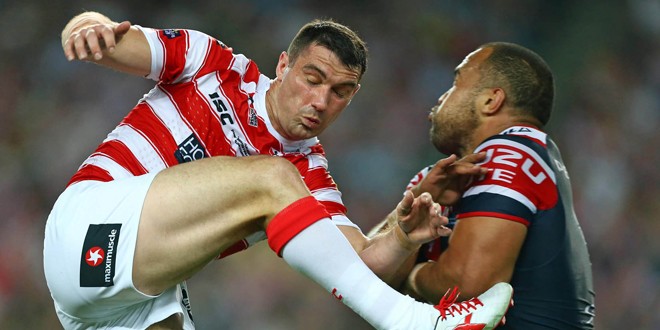 Super League has announced the identity of the six clubs from the First Utility Super League and NRL who will contest the newly-expanded World Club Series in 2015.

Building on the huge popularity of the World Club Challenge, which has taken place annually since 2000, the World Club Series will take place over three days from February 20 next year when some of the greatest athletes in world sport will do battle in the UK.

The action kicks off on Friday February 20 when Warrington Wolves, the third highest ranked team in Super League this year, play St George-Illawarra at The Halliwell Jones Stadium, a match that is likely to see ex-Wolves favourite and England forward Mike Cooper go up against his old club for the first time.

On Saturday the runners-up from the 2014 Super League Grand Final will host Brisbane Broncos, who have twice been crowned World Club champions.

The drama will reach a thrilling climax on Sunday February 22 with the 2014 World Club Challenge between the newly-crowned Super League champions and South Sydney, who ended their 43-year wait for the Australian title when they defeated Canterbury Bulldogs 30-6 last Sunday.

South Sydney are participating in the World Club Series as NRL champions whilst Brisbane Broncos and St George-Illawarra have accepted invitations to be involved in the new-look format.

Super League General Manager Blake Solly said: “I am delighted that we are able to host three clubs of the stature of South Sydney, Brisbane Broncos and St George-Illawarra in the inaugural World Club Series next year.

“With their strong English connections through the Burgess brothers, the 2014 Australian champions will be a huge drawcard for the World Club Challenge and I am sure the chance to face the Rabbitohs will provide added incentive to St Helens and Wigan Warriors in Saturday’s Super League Grand Final.

“Brisbane Broncos have been strong supporters of the World Club Series from the outset: no Australian club has a stronger pedigree in World Club Challenges than the Broncos and they will provide formidable opposition for the Super League runners-up.

“Having tasted success in the 2011 World Club Challenge, it is fitting the Dragons are the third representative from the NRL.  The Dragons have a unique place in the history of the sport and Super League fans will look forward to seeing them in the series.

“Not only will the World Club Series pitch club against club, but Super League against NRL in a fascinating competition between two leagues and two hemispheres.”

The World Club Series will be the first time the Dragons have played on UK soil since their World Club Challenge victory over Wigan Warriors at DW Stadium in 2011.

St George Illawarra Dragons CEO Peter Doust said: “The World Club Series is a great concept and something that our club has been an advocate of for some time.

“We are delighted to have been invited by Super League Europe and look forward to this inaugural event.”

“Fans already love seeing the best from Australia play the best from Britain,” he said. “But this tournament will showcase three of the top clubs in the NRL.

“It is a chance for our teams to go head-to-head with the best in the UK to determine the best Rugby League clubs in the world.”

Details of ticket prices and availability for the three matches in the World Club Series will be announced later this year.