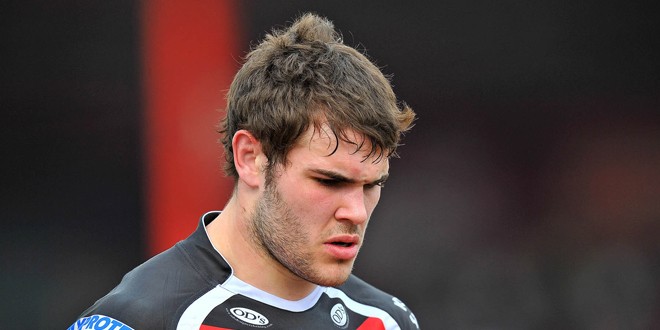 Walmsley, 23, is one of the best young props in the world at the moment and had a stellar debut year in Super League, culminating in being voted best Super League newcomer and the third best prop by League Express readers. His new contract expires at the end of the 2017 season.

Swift, like his name suggests, is a pacey winger who has bagged 18 tries in 16 appearances for the Saints. The 19-year-old has also extended his contract through to the end of 2017.

Walmsley said: “I’m delighted the club has rewarded me with a new contract.

“We have recruited well in the off-season and I can’t wait to get started. There will be a lot of competition for places and that strength in depth is not only good for the club this season but in the future too – something I am excited to be part of.

“I had a good season last year and now I am looking forward to getting stuck in and showing the fans the improvements I have made in pre-season.

“I have been working hard on my fitness over the break with my main goal in 2014 to spend more time on the field.

“To be a prop forward who can play 60-plus minutes is definitely something I’m aiming for in the future.”

Swift said: “I’m over the moon to sign a new contract at Saints. It’s a club I have always wanted to play for and I have enjoyed my time here so far.

“I know I have been given the number 5 shirt, but that isn’t a guarantee of a spot especially with the quality of the players we have here. I know I have to continue to work hard and keep learning.”

RELATED: You can find out more about Alex Walmsley’s life off the field by clicking here