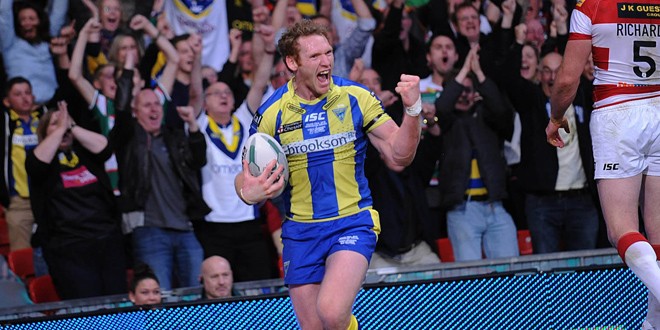 With most clubs bringing their recruitment to an end for 2016, where does your side’s best signing rank amongst the rest of the competition?

There are still deals being done here and there, but for the most part, a lot of sides are close to finishing their recruitment strategies for next season.

Some clubs have signed a whole host of players, whereas others have strengthened here and there. Over the next few days TotalRL.com will be looking at all 12 Super League clubs and all 12 Championship clubs, weighing up where the best transfers have been done for each club.

First up, it’s the top half of Super League clubs, in alphabetical order.

Castleford – Joel Monaghan (from Warrington Wolves)
Castleford turned more than a few heads when they were revealed to be the side who had landed the services of Joel Monaghan for 2016. The experienced former Australian international has penned a deal with Daryl Powell’s side for next season, when he will be hoping to add to his already impressive Super League record. Monaghan bagged over 100 tries for Warrington during his time with the club, and he’ll surely add plenty more to that tally next year.

Catalans – Pat Richards (from Wests Tigers)
Catalans have signed plenty of good players for 2016, but we particularly like the signing of former Wests Tigers man Pat Richards. The Aussie is no stranger to Super League having enjoyed a hugely successful spell with Wigan earlier in his career, and he will return to our competition still in impressive form. His goal-kicking will surely be as pivotal as his try-scoring ability – and Richards is one of the standout signings of the season across the whole of Super League.

Huddersfield – Ryan Hinchcliffe (from Melbourne Storm)
Huddersfield have landed two NRL imports for next year, and whilst Sam Rapira will also make a big impact, the signing of Ryan Hinchcliffe could be one that lifts Huddersfield to the next level. He will come in and add plenty of top level experience to their pack, likely playing hooker as Huddersfield seek to end their misery with the end-of-season play-offs.

Hull FC – Frank Pritchard (from Canterbury Bulldogs)
Hull are another club who have recruited impressively on the face of it, and one of their NRL imports stands out as a real impressive coup. Frank ‘The Tank’ Pritchard arrives with a big pedigree, but with so much NRL experience under his belt, that’s no surprise. He’ll give FC’s pack a real edge in 2016, as they look to improve on a disappointing season in 2015. Hull KR – Ryan Shaw (from Bradford Bulls)
Hull KR have also strengthened well on the face of it for 2016, but their best signing might just be one of the more unheralded ones. When they announced the signing of Bradford’s Ryan Shaw on a two-year deal it immediately looked like one for the future, but Shaw has got bags of potential, and impressed during his sole season with the Bulls in 2015. A great goal-kicker as well as a versatile back, Shaw could be a surprise package to watch next season.

Leeds – Keith Galloway (from Wests Tigers)
With some high-profile talent departing the group in 2015, Leeds needed some big experience across the park with their recruitment next year. Step forward Keith Galloway, who will arrive from the NRL hoping to neatly fill the gap left by both Jamie Peacock and Kylie Leuluai. Chances are he’ll do a good job of it too; Galloway has bags of experience, and is one of the finest forwards around.