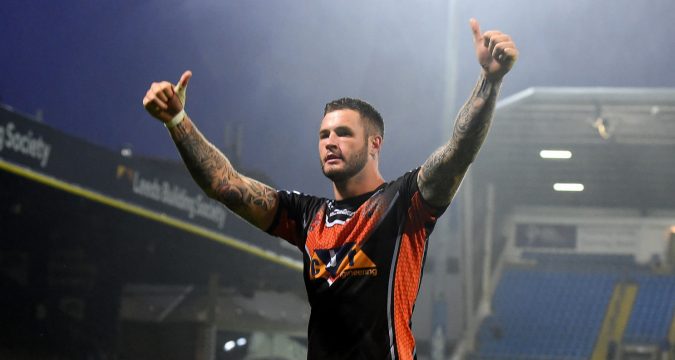 Zak Hardaker has been left out of Castleford’s squad for the Grand Final following a breach of club rules.

The fullback, shortlisted for the Man of Steel after an incredible maiden season at the Tigers, has been dropped as a result of the incident.

His exclusion comes as a huge blow to the Tigers’ hopes of winning their first ever Grand Final. The 25-year-old has been one of the competitions best performers this year, making the move from Castleford’s opponents at Old Trafford, Leeds Rhinos.

In a short statement, Castleford said: “Zak Hardaker is unavailable for selection due to a breach of club rules. The club will make no further comment at this point as full attention is focused on Saturday’s Grand Final.”

Jy Hitchcox has been drafted into the squad to take his place, with Oliver Holmes also returning to replace Andy Lynch.