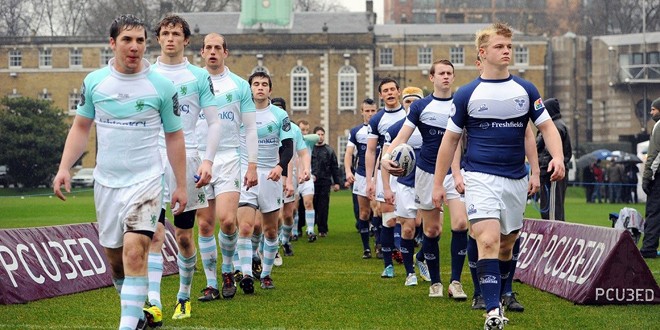 The captains of Oxford and Cambridge Rugby League clubs have announced their squads for the 2014 Varsity match, which takes place on Thursday (3pm KO) at the Honourable Artillery Company (HAC) ground in central London.

Interestingly, both captains – Oxford’s Jack Baker and Cambridge’s James Tennison – were born in the same hospital in Hull, on Hendon Road. This discovery was made at the reception to launch the match. Baker explains: “We were asked which of us is more northern.

“We both replied ‘from Hull’ at the same time and of course then began going into more detail, not least to find out which Hull club we follow.”

“It’s a great honour to be leading out the Dark Blues on Thursday. I am really looking forward to the match and the day, and my lads are ready for it.”

Oxford have won the last four Battles of the Blues and are looking to equal the Cambridge run of five consecutive victories in the late 1990s.