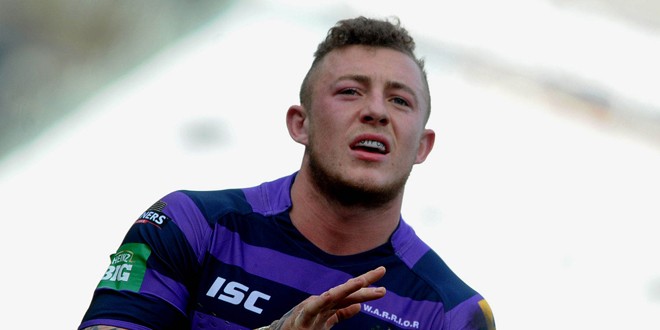 A former Salford scout claims the Red Devils – then operating as the City Reds – turned down chances to sign Wigan stars Josh Charnley and Liam Farrell, as well as several other top Super League stars.

David Robinson told the Manchester Evening News that during his time as chief scout at the club, he lined up the two England internationals as well as Rhinos stars Ben Jones-Bishop and Zak Hardaker, but was told they were no better than what the Reds already had. He says he could have saved owner Dr Marwan Koukash a fortune.

“When nothing materialised at Salford he stayed at Wigan and chanced his luck. He got a break and never looked back. I made the running to sign him. For £20,000 Salford could have had him but they foolishly declined and I was very annoyed by their take on things.

“I had also lined up Josh’s Wigan team-mate Liam Farrell but was stone-walled again. Salford just would not listen to me. I met the new owner Marwan Koukash for the first time last year at Haydock Park and told him I could have saved him a small fortune on players had the previous board acted on my advice. He knew where I was coming from.

“I presented them with detailed dossiers on every player I had seen and then recommended. I also demanded changes within the youth set-up because, in my view, no class was coming through. Every time it was the same negative response – ‘no better than what we have.’

“There were so many others. The best one of all was Ryan Brierley who is currently playing superbly for Leigh. He lives in Westhoughton and even supports Salford and would love to play there yet he too was rubbished.

“Dominic Crosby, the current Wigan player, told me he does not regret turning down a scholarship at Salford. I could have saved Dr Koukash a fortune. It is important to have players coming through who can provide quality back-up.

“Salford now have some quality players but just think who else could have been there if only people had listened to me and acted accordingly,” he added.