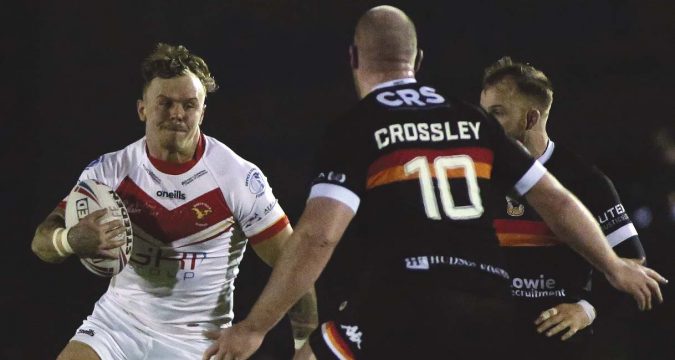 Featherstone Rovers have signed Ben Blackmore from Sheffield Eagles on a two-year deal.

The try scoring winger re-joins the Rovers after having previously spent 2014 and 2015 with the club.

Blackmore has scored 18 tries in 2019 for the Eagles and has only ever failing to score 10 or more tries once in his career since becoming a regular first-grade star.

The 26-year old started his career with Castleford Tigers before moving to Huddersfield Giants in 2013. With game time limited at the Super League side, Blackmore went out on loan to Doncaster and Batley Bulldogs before making the move to Featherstone midway through the 2014 season.

After 35 appearances and 20 tries for the Rovers, Blackmore moved on to Sheffield Eagles where he has been since 2016.

Blackmore is excited to be returning to the LD Nutrition Stadium and the Rovers: “It’s my hometown club is Featherstone Rovers and all of my family live around the area. My nephew is looking forward to it even more than I am. I’m really excited to be back at the club, and my whole family is, to be fair.”