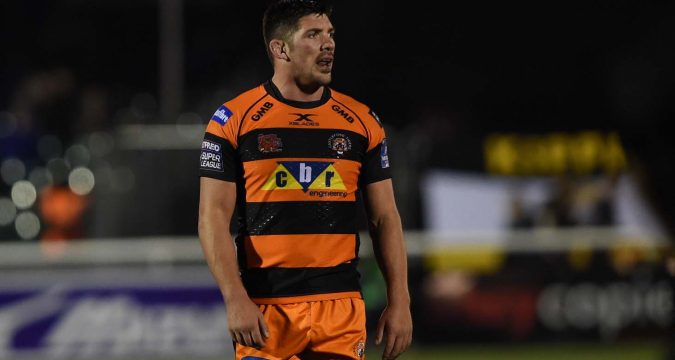 The 29-year-old has joined the club after making 244 Super League appearances, in which time he won two Grand Finals.

Knights Head Coach James Ford said: “I’m really pleased to sign a player of Chris’ ability. After doing our due diligence on him it was clear from everyone we spoke to that he came with a glowing reference with regard to his attitude and the standards he adheres to both on and off the field.

“I’m looking for Chris to be one of the leaders in our pack in 2020, and I feel he will have a positive impact in our team, and be someone who will help further the culture we are trying to develop, especially amongst our younger players.

“At 29 years old he brings a lot of experience but also he still has some of his best years ahead of him, he is probably at peak physical shape for a forward. I’m looking forward to seeing him promote the ball a bit in his forward play, which is a slightly different role to what he did at Castleford but one I’m sure he will enjoy.

“It’s a mark of just how far the club has come that we have secured a signing of this standard. Two years ago I probably wouldn’t have even answered the phone to his agent, but now we are in a position where we are an attractive proposition to players like Chris. That is down to the fantastic work behind the scenes at York and also thanks to sponsors and supporters for their continued and growing support.”

Clarkson added: “I’m eager and excited to get started, it’s a different thing for me working in the part time environment and will take a bit of getting used to but very much looking forward to it.

“I know the Championship is a very tough competition, there are some great players especially at York, it was great to see how well they did this year back in the competition. I’m expecting the standard of training to be up there with the best of them, especially under Fordy.

“I initially spoke with Fordy last year and he expressed some interest in me then when I left Hull KR. I met him again towards the end of this year and we had a great conversation about rugby on and off the field, and I’m looking forward to adding to the team and helping to further promote the club’s culture off the field as well.”