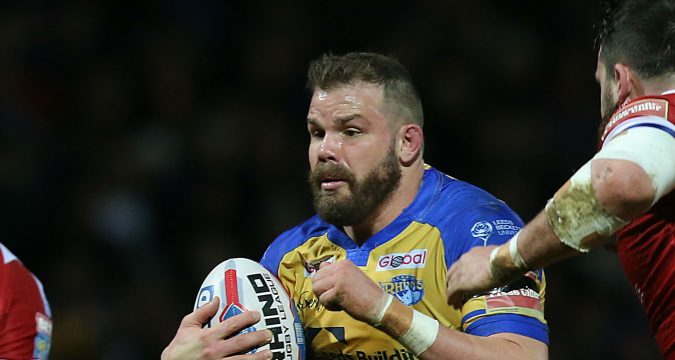 LEEDS RHINOS have appointed first-team star Adam Cuthbertson as the inaugural head coach of their new Women’s side.

The two-time Grand Final winner will take charge upon his return from a holiday in Cambodia as the side prepares for its first season in the Women’s Super League, which begins in April.

Cuthbertson has been coaching with the club’s Foundation programme and will now take his first step in a more senior capacity.

“It’s going to be one of my first experiences of coaching full-time, which should be great,” he said.

“It’s good to see girls getting involved at Leeds with the opportunity to be part of the first Leeds Rhinos Women’s Rugby League team.

“I really enjoy coaching. We do a lot of promotional stuff at the Rhinos where we go into schools and clubs and teach Rugby League, so it’s a great opportunity to build on that and get on board what I hope will be a successful campaign with the Women’s team.

“The women’s game has grown in Australia with the NRL’s backing, which has helped it get more attention with more people wanting to get involved. The NRL competition has proven to be very successful.

“That the RFL are getting on board and creating a few teams around the league within the Super League fixtures will be great. To have another team in town will be great as well.”

The Women’s squad announcement will take place on December 11th, and while the 32-year-old is looking forward to it, he admitted there will be some difficulties as the season unfolds.

“It’s going to be tough for me to juggle if I’m playing on the same night,” he said.

“Hopefully I’ll have some good staff around me. I’ve got a couple of trials coming up and there’s been some really outstanding numbers involved already. Hopefully we’ll get a good team together and can put on a good show in the curtain raisers.”