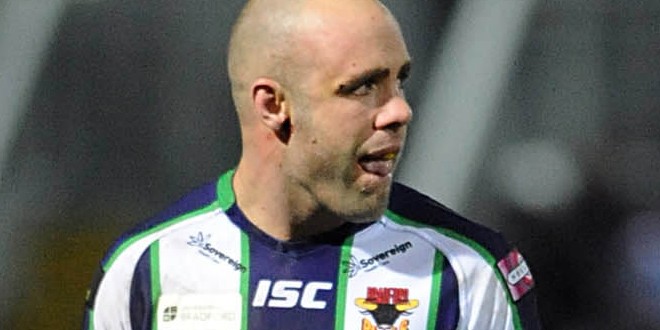 Bradford Bulls centre Adrian Purtell insists he is putting the priorities of the club before himself, despite him being out of contract at the end of this season.

With the Bulls languishing at the bottom of the Super League table on -2 points, and Purtell believes getting the club out of trouble is much more important than worrying about his own future – with his contract expiring at the end of 2014.

The Australian – who signed from Penrith Panthers – claims that if the Bulls are taking care of business on the field, then his own personal future will take care of itself.

“I’m up at the end of this year but first and foremost I just want to start winning some games for Bradford. If we’re winning and I’m playing well then the rest looks after itself,” he told the Telegraph and Argus.

“You always want to know where your future lies, especially as you get older, but at the moment we’ve got more important things to be dealing with.

“That’s getting back to zero points and start winning some games.”