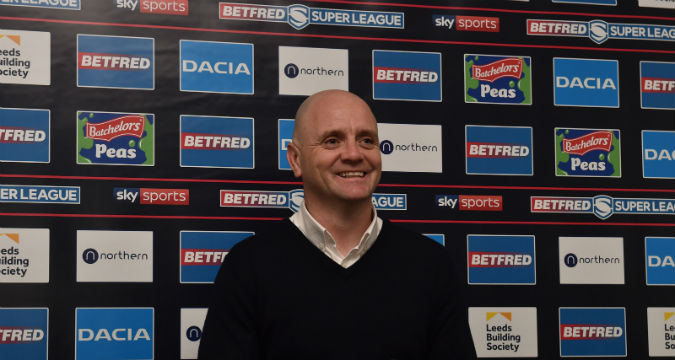 Richard Agar’s revolution has been nothing short of emphatic; thrown out of the Challenge Cup at the hands of old but struggling rivals Bradford Bulls and finishing just four points clear of relegated London Broncos, Leeds had hardly lit the world alight in Agar’s first year in charge in 2019.

But, in 2020, something has clicked and the Rhinos sit within a shot of the top four after having won the Challenge Cup for the first time since 2015.

And, the former Hull and Wakefield boss revealed that he had to reset the culture at the club and get the players enjoying their rugby once more.

“I think the playing group had lost their way a bit,” he said.

“That’s not any indication or reference to coaches previously. That’s just me saying that the roster needed some work and fine-tuning with a little bit more balance to it.

“Such was the golden generation and its leaders that there wasn’t enough of a strong leadership group after that.

“The culture had lost its way a bit and the guys needed to go back and understand what effort means in Rugby League.

“Being part of a team is about working hard for each other and picking each other up when you’re down.
“There was a bit of a blame culture. So we stripped it right back and began to understand what the basics of Rugby League are.

“We also wanted to instil some fun in there, but at the same time understand how we communicated with each other and try and foster a camaraderie and spirit that was befitting all that had gone before in this organisation.”

And Agar wanted to focus on leadership.

“We probably didn’t have an alpha male leader,” he explained.

“Look at St Helens with James Graham or Sean O’Loughlin at Wigan. We probably didn’t have that guy.

“Of course, we brought in Luke Gale, but having that mantle from day one was always going to be tough.

“He needed to find his feet from a playing side of things as he’d been out for two years.

“We didn’t have that ‘big dog’, we spent a great deal of time to cultivate that responsibility between the playing group.

“We needed to incorporate the Leeds DNA in how we play and I wanted to try and encourage our guys to play with the ball.

“We still don’t think we are the complete article, but we are on a journey.

“We’ve had to look at our roster and reshape it a bit. The progress we’ve made in 12 months has been satisfying, but were not finished yet.”

Those are indeed ominous words from a head coach who has overseen a tremendous transformation in such a short space of time. The message is clear for 2021: watch out Super League!