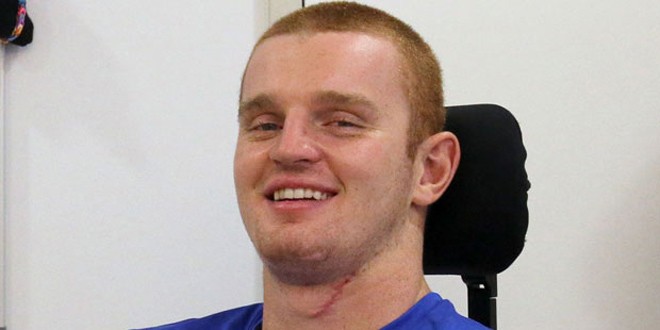 Alex McKinnon, the Newcastle Knights forward who tragically had a promising career snatched from him after landing on his head in a tackle, has given his first interview since the accident.

In it, the 22-year-old, who is now wheelchair bound, said the past month has been tough but thanked his family, fiancee and his fans and peers for their support and kind words. He also hinted that a full recovery could be on the cards in the long-term.

“It’s just a matter of time before hopefully a bit more movement in my legs, I’ve got a great sensation and feeling through my legs. It’s a lot of positive signs.

You can watch the video below, courtesy of the Newcastle Knights website.