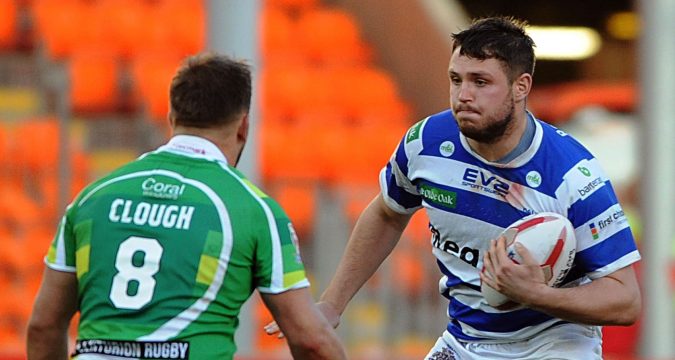 Halifax former prop Luke Ambler has revealed he has held tentative talks about a possible return to playing at the club.

The Ireland international retired in 2017, aged just 27, to focus on his business interests, including the mental health organisation Andy’s Man Club.

But in an interview for the Halifax SOS weekend event, Ambler said he has lost over a stone in lockdown so far and has spoken to the club about possibly returning.

Ambler said: “Retiring at that age was madness really.

“But the door’s not closed and what a lot of people won’t know is that Simon Grix and I still talk and he texted me the other day.

“Croady (director Ian Croad) is always on at me to don the blue and white again and Muzza (Scott Murrell) has always told me to come and leave on my own terms.

“There was some stuff that wasn’t making me happy at the time (in 2017) and I was going around teaching people to do things that would make them happy.

“I wouldn’t ever rule it out.

“It’s getting to the point now where, if I ever did decide to make a comeback, it would be in the next two years.

“I’m still so passionate about the club and will definitely be involved over the next couple of years in some capacity, whether it’s as a sponsor or director or a player.

“I’ve been asked a few times, which people won’t know, and I’ve thought about it especially during lockdown.

“Playing for Halifax will always exceed anything I ever did, because I can’t put into words what the club and the people mean to me.