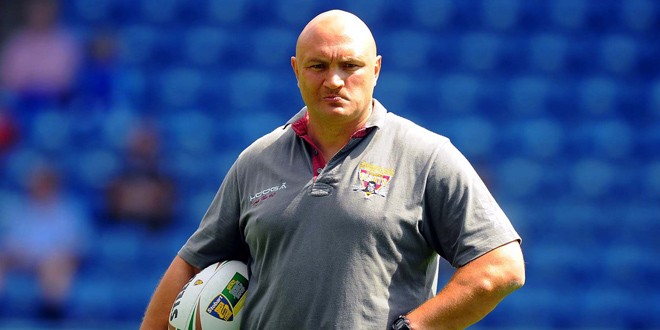 Huddersfield Giants coach Paul Anderson insists his side have a long way to go despite defeating in-form Castleford Tigers yesterday.

The Giants are now up to sixth in the table and are certainly starting to hit their straps, but Anderson isn’t happy and claims he wanted a more comfortably victory against the Tigers.

“I think we did enough at times to win two games,” Anderson told the Huddersfield Examiner.

“We kept giving a good team opportunities to come at us which you can’t keep doing. But we found a way to win. The good thing for us is that we’ve been in an arm wrestle with a good team and come out on top.

“There were times out there when we committed Rugby League suicide, but I’m real happy at coming back from 12-0 down.

“It’s good to get the three wins on the trot, but now the challenge is obviously to make it four, then five, and so on. And if we’re prepared to work hard for each other and cut out the silly mistakes there’s no reason why we can’t.”