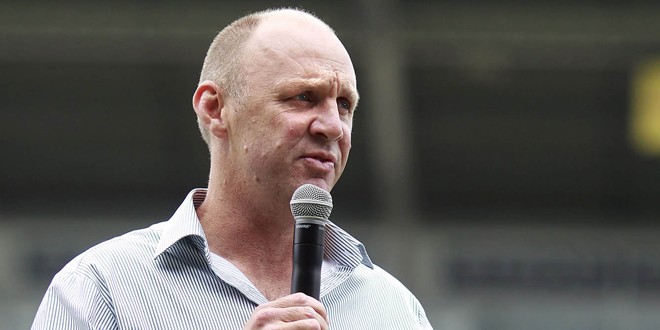 Tony Rea has quit his role as London Broncos head coach, with assistant boss Joe Grima taking charge for the remainder of their 2014 campaign.

The Broncos slipped to the foot of the table yesterday following Bradford’s shock win over Warrington, and Rea has handed over the reins to assistant Grima for this year and the 2015 season.

The capital club have lost all of their fixtures in Super League so far this season, most recently slipping to a heavy defeat at high-flying St Helens.

Rea said in a press release issued by the club that he was never intending to be at the club next season regardless of the division they were playing in, and the intention was always for Grima to take charge in 2015.

He said: “It was always intended that I wouldn’t be here next year. The troubles of the recent past have been well documented and they took a lot of dealing with but we got the club up and functioning. We’ve had a difficult start to the season but that’s about to change.

“In planning for the future, both short and long term, we thought it was best for all of us, the club and myself, that we give Joey the opportunity to take the club on.

“I would like to thank everyone. I feel we’re going to have a great back half of the season and part of me is disappointed not to be a part of that but I also accept that it’s the best thing to do.”

Grima only joined the club back in February as part of Rea’s backroom coaching staff, but he will now assume the role of head coach for the rest of this year at least. He has coaching experience in the NRL, having worked at the likes of Parramatta and Cronulla in the past.

Broncos chairman David Hughes said of the decision: “Tony was instrumental in saving the club. In hindsight maybe it was far too late but we did save the club. So it’s a big thank you to him for assembling the squad and putting us in a position to go forward.

“We’re about halfway through out season and it was always intended that Joey would take over as head coach towards the end of this year and certainly for next year. He has agreed to do that.

“We thank Tony of course, not just for the last two seasons, when he came back from Australia to help us out, but for his work with the club in the past, which everyone is aware of. We wish him good luck in his future plans and business activities.”