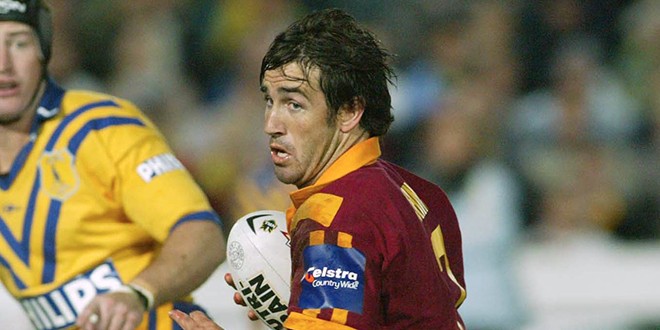 I had a nice surprise over the holiday period when Andrew Johns phoned me from Australia.

As I’m sure most of our readers are aware, Johns works as a freelance specialist halfback coach, working with a number of NRL clubs.

All our readers will know that he’s one of the greatest players ever to pull on a boot. Indeed, there are plenty who believe he’s the greatest ever.

He called because he had pulled up some clips of me playing for Great Britain against New Zealand in 1990 and was watching them with the Manly halfback Kieran Foran. They wanted to know what was going through my mind when I had the ball back then.

So I thought I’d share with you what I told them.

When I took the ball to the line, I wanted to put the opposition in three minds. In other words, there were three possible outcomes.

Firstly, are you going to take the line with a show and go? You drop the shoulder and go off your left or right leg. If the defence is weak and they’re holding off, then it’s great to be able to take them on like this time and again.

It was with this approach that I had so much joy in New Zealand in that 1990 series.  Secondly, your dummy runners have to be convincing enough to make the opposition believe that they’re going to get the ball, and therefore it’s important that they do sometimes get the ball.  If you ignore them all the time, then you will make the opposition’s job easier because they know the dummy runners are just runners.

The third option is to create a tunnel when the two dummy runners are missed out, which allows the fullback to come into the line, creating an overlap for the centre and winger.

Joe Lydon and Steve Hampson were great at this, as were Gary Kemble and Jonathan Davies.   Interestingly, one thing that they didn’t ask me was about using the kick as an attacking option. That was probably the most telling factor because, putting it simply, the high kick to the corner isn’t something that is at the forefront of the mind of most NRL halfbacks.

But it is used over here a lot. Far too much in fact! Why is this? It is because our halfbacks are not good enough, and they pull out the easy option far too often.

Shaun Edwards and Bobbie Goulding began to use this kick in the mid-1990s, but it was used sparingly and it proved effective in catching defences out.

Nowadays it’s used far too often in Super League, but defences are waiting for it because it’s so predictable.  Neither Shaun nor Bobbie excelled at Test level, but we haven’t produced better halfbacks than them since, other than Lee Briers.

The problem, in my opinion, began when loose forwards like Phil Clarke and Andy Farrell started playing at stand-off and, to a lesser extent, hookers playing at scrum-half. They have combined to really stifle creativity in the game.

Ellery Hanley might not have been a natural stand-off when he played there for Bradford in the mid-1980s, and won a Man of Steel, but he played alongside a really good creative player in Paul Harkin.

Ellery was a great support player (as well as a lot else!) and, with Paul the creator, they formed a great pairing. Andy Gregory and Shaun Edwards had the same type of partnership at Wigan.

But when I look at Super League, I see more and more support players and fewer and fewer creators, and this is a major worry.

I’m keen to see how Warrington go next year without Briers. Richie Myler is a support player and won’t step up to the plate to replace Lee’s creativity. Stefan Ratchford may slot in at six, but he will need to be given time if he’s expected to create. Warrington fans might need to have some patience in 2014.

For some reason, the creative players in the summer era have been overlooked at international level. Players like Tommy Martyn, Paul Cooke, Lee Briers and Danny Brough should have won plenty of caps at the highest level.

Yet we keep herding in support players and wonder why they can’t unlock an Australian defence.   I’ve said it before and I’ll say it again, we have a massive problem in the halves in the British game and that’s no better demonstrated than the fact that I get a call from an NRL coach, but never from a Super League coach wanting advice.

And the same goes for so many former internationals from my day and before. So much knowledge is going to waste!