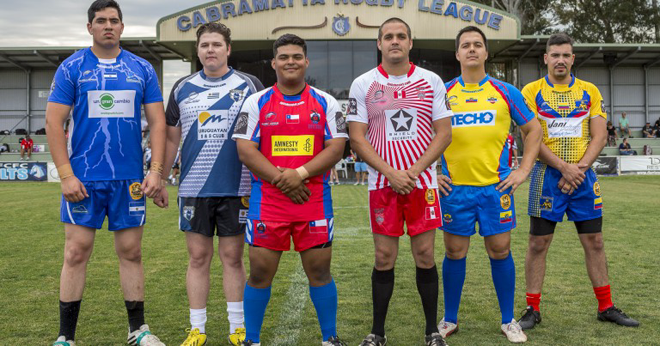 While travelling through Brazil in 2012, Australian, Robert Burgin first noticed interest in Rugby League in South America.  Something that led him, ultimately to the establishment of `Latin Heat’, an Australian initiative encouraging young Australians of South American origin to play Rugby League.  Though not himself a Latino, Burgin has a Brazilian fiancé and currently serves as president of `Latin Heat’.

Thrilled to report that development has now reached the stage where individual, Central and South American nations, can field their own teams, Burgin recently said, “We will be supporting individual Chile and El Salvador teams at the International Rugby League Nines, along with a combined team representing the other 22 nations of South and Central America.

“Beyond that, we feel 2016 is the right year for the first, full-blooded 17-a-side game between two Latino nations.  Possibly multiple nations.

“Argentina and Mexico are playing and conducting development work domestically, while Chile, El Salvador and Peru have the best depth of Australian-trained players. These are therefore the most likely nations to emerge first, though you cannot discount Brazil, Uruguay, Colombia and Ecuador, all of which have taken initial steps.

“As the game in these nations comes into being in its own right, it stands to reason there will be less need for players to pull together under the `Latin Heat’ banner. But for now it is a very enjoyable adventure for us all.

“Both Argentina and Mexico have an invitation from the RLIF to send teams to the 2017 Universities World Cup, which they are super pumped about, although money for flights will be a big issue.”