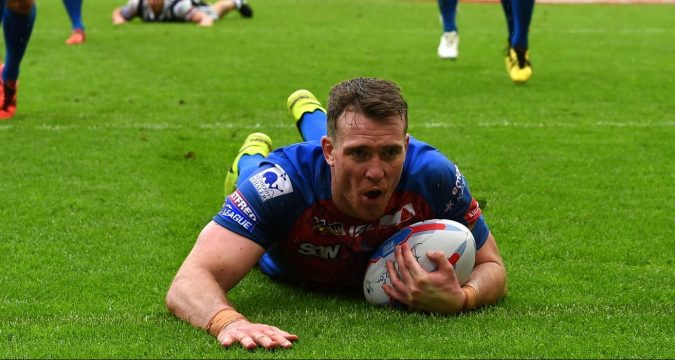 Wakefield forward Matty Ashurst says he’s adamant he has made the right decision in committing his long-term future to Trinity – before revealing he has not given up on his dream of playing for his country.

The 28-year-old has signed a new four-year contract with Wakefield, after once again proving to be one of their best players in 2017.

Ashurst was tipped for a place in England’s squad for the World Cup by coach Chris Chester before ultimately missing out – and he told League Express he still thinks he can make the squad in the coming years.

“It’ll be a dream come true to do it; it’s nice to hear coaches and people single you out but I’m determined not to stand still. I want to get better – and I think I can do that here.”

Ashurst also revealed how Chester has helped produce the best form of his career, before insisting Trinity can kick on from last year’s fifth-placed finish in Super League.

“He’s been really good with me, and everyone at the club,” he said.

“The way he coaches suits us as players; he’s put belief in us that we didn’t have before – we feel like we’re going places with him in charge.

“He’s encouraged us to play, he brings a relaxed approach to the place and that creates a good atmosphere for us as players.”

And the forward admitted he was delighted to sort out his long-term future at a club he believes are on the up – even if it means another four years of travelling across the Pennines.

“The club has come a long way in the three years I’ve been here,” he said.

“You look back to where we were and where we are now. The good thing is that we’re keeping this team together having just missed out on the semis. People are always quick to write Wakefield Trinity off but we’ve progressed year on year. We can have a real crack in 2018.”

He continued: “I’m still over here in Wigan and when I first did the travelling, it was a bit of a shock to the system!

“But all our family is over and while it was tough at first to travel, I’m used to it now. It’s just part of the job.

“We think we can achieve something big here. We’ll be better of the experiences of 2017 and I’m confident I’m at the right club to fulfil my potential.”