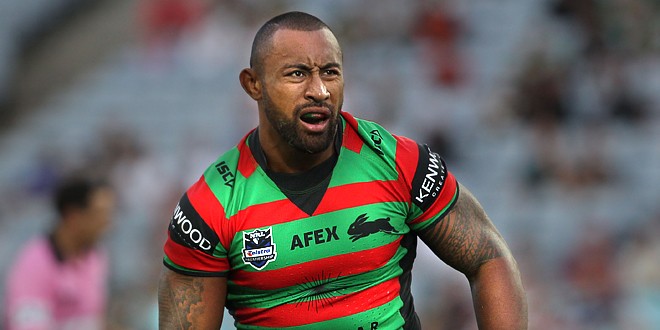 Warrington Wolves prop Roy Asotasi has revealed signing for the Cheshire club in the summer stopped him from representing Samoa at the World Cup.

The 32-year-old, who joined Tony Smith’s side from South Sydney Rabbitohs, was set to captain the Samoans but pulled out of the squad late on due to personal reasons.

“It’s always hard not to be a part of the team but obviously I had a lot of things I needed to sort out before I joined Warrington and I felt like that was a priority,” he said.

“Not getting involved was hard, that would have been my first World Cup, and it might be my last chance, but you never know.”

Asotasi has only been in the UK a matter of days but says he is settling in well after meeting up with his new team-mates on their pre-season trip to Australia.

“I’m settling in well and enjoying it so far besides the weather but that was always going to be part of the package,” he said.

“I was looking for a house throughout my time in Sydney, working with the club to make sure I didn’t get off the plane and end up sleeping in the car!

“I met up with the team when they were in Australia, it was a bit scary at first, joining a new team I actually haven’t met yet.

“I only knew Willie Poaching and had spoken to Tony Smith just a few times so to meet the new teammates was a bit daunting at first but after a few days I definitely started to find my feet in the squad.

“I’m pretty excited now, it’s been a long off-season and I can’t wait to get stuck in.”