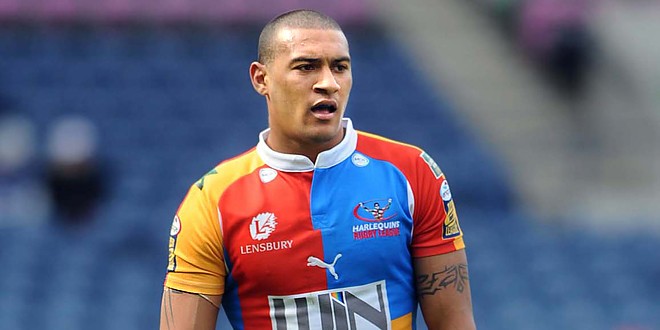 Kevin Penny has started the second chapter of his Warrington career and can’t wait to show Super League how much he has learned.

The 26-year-old first joined the Wolves back in 2006 but was sent out on loan in 2009 when Tony Smith took the helm. Another loan spell followed at Harlequins the season after before he signed for Wakefield. In 2012, after falling out of favour again, Penny joined Swinton Lions in the Championship. Two hard seasons later, Tony Smith got back in touch, and the rest is history.

“I am delighted to be back,” said Penny.

“I was just saying to some of the boys I never thought I would be putting this Warrington shirt back on again. It’s something I’m grateful for to get this second opportunity and hopefully I’ll make the most of it.

“Tony gave me a call towards the end of the season last year and said that he’d been impressed with a couple of things that I’d done and would like to offer me a second opportunity and I wasn’t going to turn that down.”

Penny claims to have learned a lot during his time in the second tier, both about the game and himself.

“I had to learn my role and understand what it was because last time I didn’t really have a Rugby League background and probably didn’t know how to deal with situations and adapt to different situations,” he said.

“In the last couple of years I’ve had to go down a level and learn the hard way if you like, it’s been good.”

What was the biggest thing he learned?

“Just my general knowledge of the game, positional things, understanding situations, anticipating things, utilising my assets, I’ve done a lot of learning and it will be good to put it into practice. I think once I start playing people will see a difference in me.”