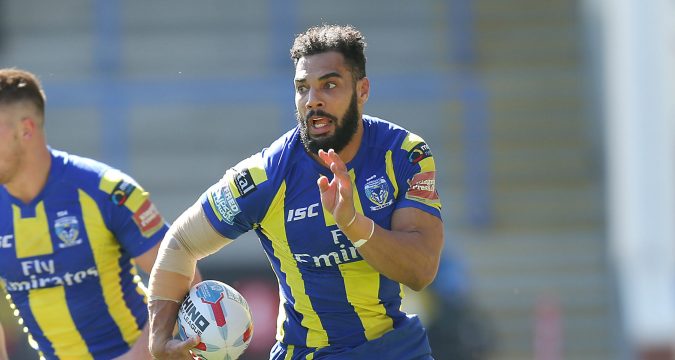 Ryan Atkins has set his sights on surpassing some of Super League’s greatest players in the competition’s all-time try-scoring charts before the end of his career.

The 32-year-old is already sixth on the list, with his haul of 171 Super League tries having surpassed some of the competition’s most prolific try-scorers.

Despite only crossing ten times in Super League last season, it was enough to see him overtake David Hodgson, Rob Burrow and Luke Dorn.

Three more tries will see him move into fifth place ahead of Leon Pryce, leaving only Ryan Hall (187), Keith Senior (199), Paul Wellens (199) and Danny McGuire (238) ahead of him in the Super League era.

Atkins has averaged almost 20 tries a season during his eight years with the Wolves, meaning he would surpass both Senior and Wellens should he continue at that rate during the final two years of his contract with the Wolves.

However, after a less successful year last time out, he’ll have to pick up the pace during 2018 to secure a place in the top three above Senior and Wellens.

“Personal accolades mean a lot. And whether players say they look at them or not, I’m telling you that they do,” Atkins told League Express.

“I’ll happily admit it, especially with me being so close now as it’s a great achievement.

“The goal for me is to get as high as I can, so when I’m two on one with the fullback if I don’t pass and I get tackled, you’ll know why!”