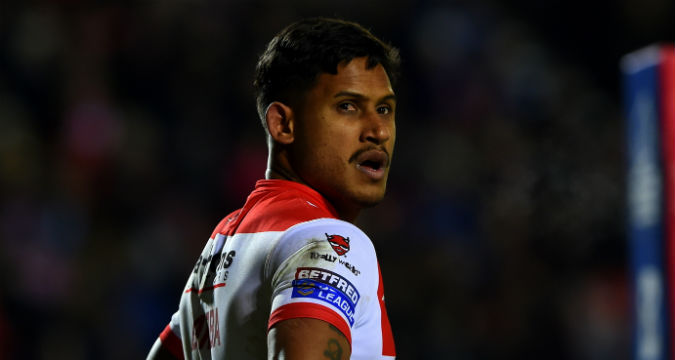 Ben Barba is pursuing a shock return to Super League.

League Express can reveal the former Man of Steel has been offered to a number of Super League clubs as he looks to revive his career.

Barba, 31, hasn’t played professionally since leaving St Helens at the end of 2018 in a year when he was crowned Super League’s best player.

A return to the NRL followed after signing for North Queensland Cowboys, but he was sacked before playing a single game after an incident in a casino. He subsequently pleaded guilty to three charges; assault occasioning bodily harm, breaching bail conditions and failing to complete a community service order.

However, no criminal record of the conviction was put on Barba’s record last August, opening the door for a potential return to the competition.

An electrifying talent, Barba mesmerised with his individual brilliance during an 18-month stay in the competition, ending the 2018 season with 28 tries and 24 assists.

It remains to be seen whether a club will make a move for the Australian, who returned to a Rugby League field in November to play in the National Indigenous Rugby League Championships.

Barba was due to play for Valencia Huracanes in the newly former Euro XIIIs tournament, which was set to take place next year, though Covid could scupper those chances. Regardless, a clause in his contract meant he would be granted a release should a Super League or NRL club offer him a contract.