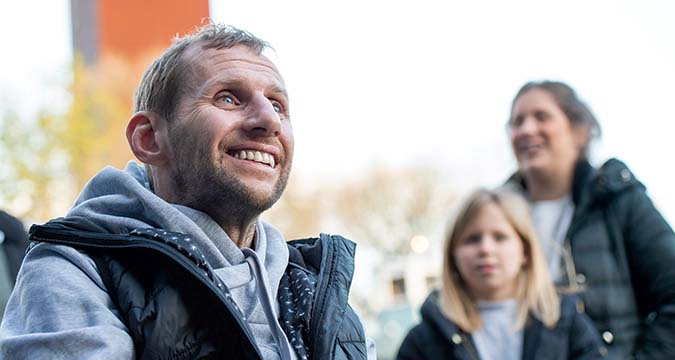 The RFL has congratulated Rob Burrow and Mick O’Neill on being awarded MBEs in the Queen’s New Year Honours List, and its former Chairman Brian Barwick, who has been awarded the OBE.

Burrow, the former Leeds Rhinos, England and Great Britain player who has inspired so many through 2020, has been recognised for services to Rugby League and to Motor Neurone Disease awareness during Covid-19.

O’Neill, who is in his second stint as Chairman of Keighley Cougars, having returned in the winter of 2018-19 with several of the other original leaders of ‘Cougarmania’ to rescue and relaunch the club, receives his MBE for services to Rugby League, the community in Keighley and to charity during the Covid-19 pandemic.

Barwick, who served two three-year terms as Chairman of the RFL from 2013-19 and retains a significant role in the sport as President of Rugby League World Cup 2021, receives the OBE “for services to Sport and Sports Broadcasting”, having previously worked as Head of Sport for the BBC, Controller of Sport for ITV, and Chief Executive of the Football Association.

Simon Johnson, who succeeded Barwick as Chair of the RFL in July 2019, said: “It is a privilege to congratulate Brian Barwick, Rob Burrow and Mick O’Neill for this recognition in the Queen’s New Year Honours List.

“All three have served the sport with great distinction in different ways. Brian has been a significant figure in sport and broadcasting for several decades, as this award recognises.

“Mick O’Neill’s MBE underlines the importance of the role he and Keighley Cougars have played in their community during the unique challenges of the last year – like so many other Rugby League clubs at all levels.

“Rob Burrow has been simply inspirational. At the end of a year which has been so challenging for all, in Rugby League and beyond, this is an uplifting moment, recognising the courage he has shown, with wonderful support from his family, from Leeds Rhinos, and from Rugby League.”

Meanwhile Burrow added: “It is truly humbling to be awarded the MBE and I would like to thank everyone who has made this possible.

“2020 has taught us all to appreciate the gifts we have and it is my honour and privilege to accept this award on behalf of all the MND community. I hope it gives people hope that we are not ignored and the drive for more research and support to end MND will not stop.

“The way the Rugby League community has come together over the last 12 months to support me and my family speaks volumes about how special our sport is.

“I know my family have always been proud of me. This MBE is for them and I am looking forward to making another special memory when I am able to receive the award,” added Burrow.