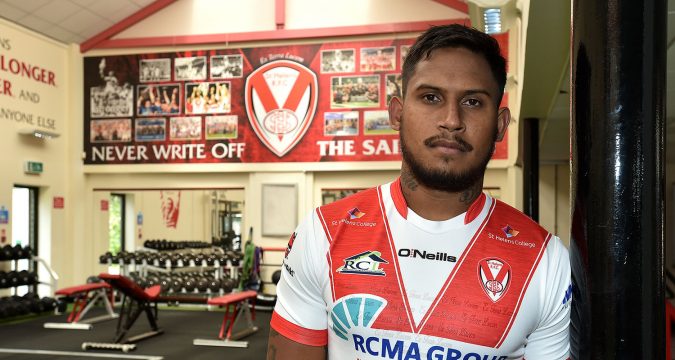 Ben Barba will make his St Helens debut at fullback when they face Wigan on Friday.

Justin Holbrook, the Saints head coach, confirmed the former Dally M Medal winner will start in his preferred position on his debut, with Jonny Lomax playing at stand-off instead of Theo Fages.

The 28-year-old former Cronulla star is available for selection after serving a 12-match drugs suspension and will slot straight into the Saints team on Friday.

It will be Barba’s first Rugby League game since he featured in last year’s NRL Grand Final, playing for Cronulla in their victory over Melbourne Storm.

He subsequently tested positive for cocaine and went to play rugby union for French club Toulon before agreeing to join St Helens.

Barba was forced to sit out the remainder of the suspension imposed by the NRL after Saints failed to overturn the ban on appeal.