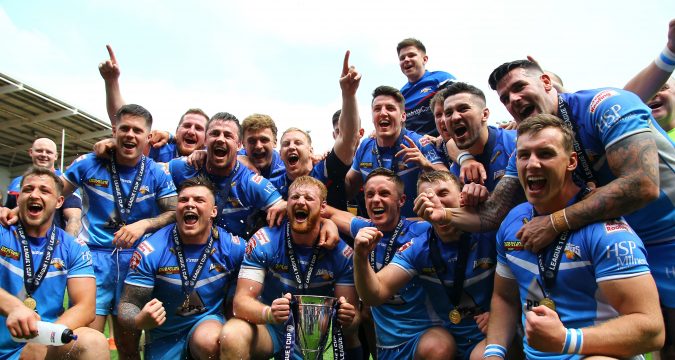 The supporters of 2017 League 1 Cup winners Barrow Raiders have set up a crowdfunding page to try and help fund the club’s trip to Toronto in the Super 8s.

The Raiders are one of four teams scheduled for a trip to Toronto in the Super 8s following the regular season – but they are the only team down to make the trip twice this year. And now, a group of fans trying to form a supporters’ trust have explained on the club’s website just how much it costs to make the trip.

They also said that the RFL or Toronto are not meeting the costs – leaving the club to find around £4,000 for the trip.

They said: “We were asked by Cresta (coach Paul Crarey) before the start of the season to try and form a Supporters Trust and have been actively fundraising ever since.

“We have a number of events coming up in the near future. The Raiders need all the support they can get especially with promotion in the offing. Unfortunately, this season’s fixtures have not been kind to us with our home games bringing very few away fans and home supporters not attending as they deemed the opposition not to be up to standard.

“Then there was the trip to Toronto, assured by the RFL that these trips wouldn’t cost clubs any money, this was not quite true.

“The club had to pay for coach to and from the airport, extra baggage, special visa for some players at £80 each and then there was food and drink for the duration of the trip for 25 players and staff. While this was a fantastic experience for the players it was an expensive one for the club (£4000 approx), and hey ho what happens in the Super 8s, it’s Toronto here we come again, the only team to go twice.

“So it is with this in mind we have set up this page, and before the cries of ‘RFL/Toronto should meet costs, this shouldn’t be happening’, we agree but nothing will change before we go.

“The club will have the same costs to bear, maybe more depending on flight times. So let’s get behind the lads, after all they are using their holidays from work to go on this trip and make this trip as smooth as we can for them.

“They can have a fantastic trip and enjoy the game and not worry about where the money is coming from to pay their expenses, and keep as relaxed and focused as they can, they will still have an important game to play when they get back. We as fans need to help them do this so they can still be in with a chance of promotion, so any donations will be gratefully received.”

Any donations can be made here. The RFL have been approached for comment.